[I’ve decided to let my diary of the Great Migration dribble out in installments, interspersed with other tales. Just to keep the suspense building! So you will have to be patient.]

As you walk through the Serengeti grasslands, you are warned to beware of Safari Ants, Dorylus sp.. called ‘Siafu’ in Swahili. You see a thick strand, like a beaded necklace, stretching across the trail: 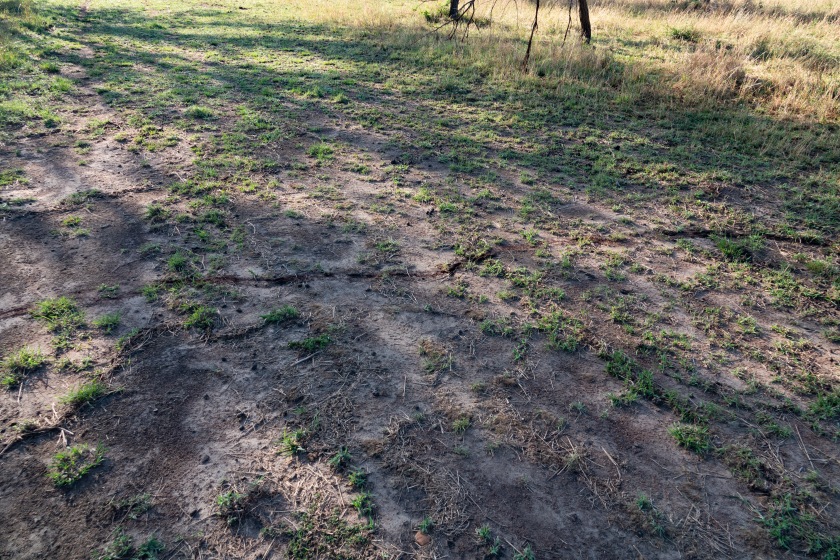 On no account should you tread on or near this procession. It is composed of worker ants, of two or more widely different sizes, a phenomenon known as polymorphism. In the center are the small driver ants, and on the edges are the soldier ants, much larger, with fearsome mandible jaws.

They face outwards, on the watch for predators. Their bite is ferociously painful, and they never let go, even if they are torn in half. The Maasai use them as emergency sutures to hold wounds together: give me surgical glue any day! (And how on earth do you apply them to a wound, making sure one half of the jaw is on each side of the incision before they close. Maybe it is a folktale?) A large group of them can immobilize and kill small mammals like rats. And the groups can be unimaginably large, up to 12 million in one colony.

But who do they fear? I watched two Rüppell’s Starlings, Lamprotornis purpuroptera,  brave enough to feed on these ants. They stood well back from the formidable myrmidon army, checking out the soldier ants which you can just see in this photo rearing up aggressively: 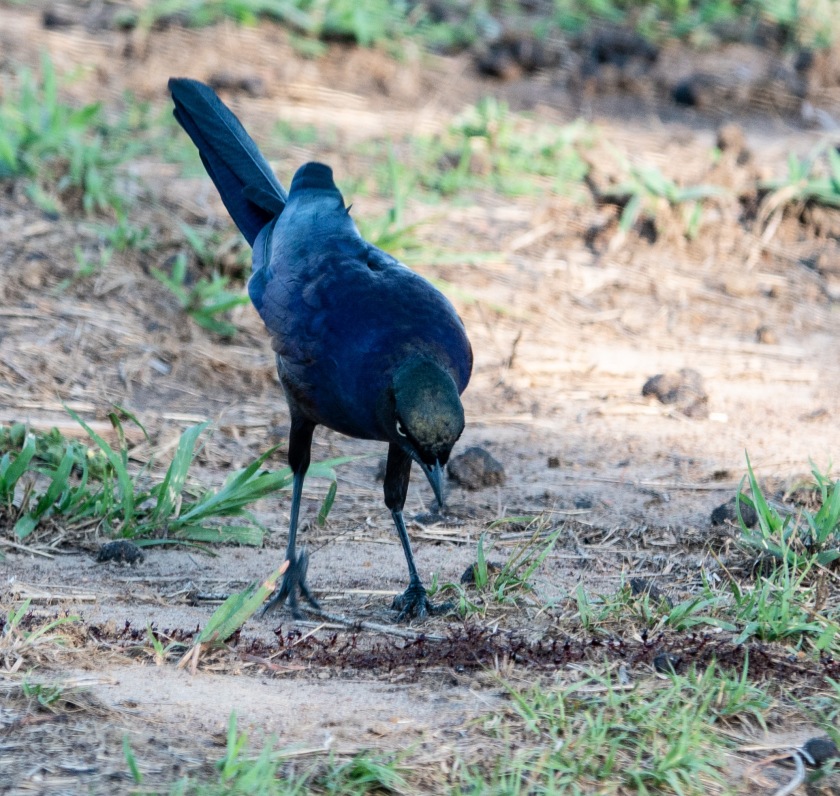 and then the starling lunged, keeping its feet nervously out of reach:

They were successfully catching ants: 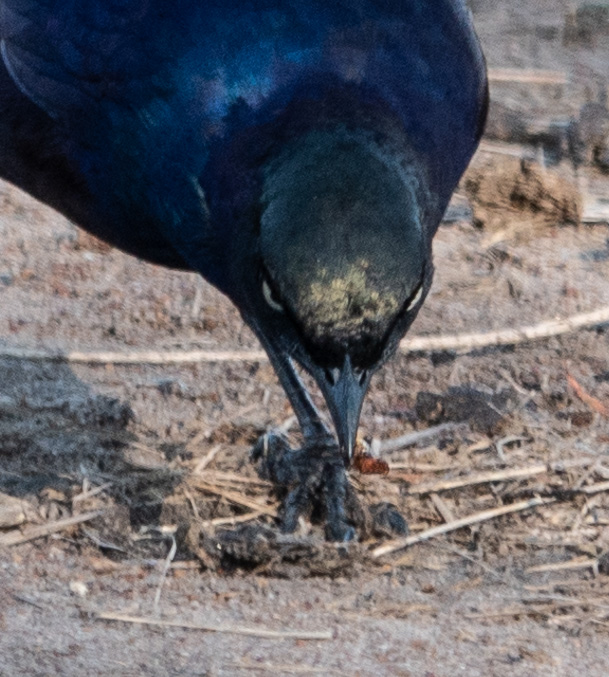 or perhaps their grubs:

But it is hard to get a clear shot of an antsy bird, especially if you don’t want to get too close to those ants …..

P.S. Famously, chimps in West Africa eat army ants by using a long stick to avoid getting bitten. In many cases they do this hanging from a branch above the ants, so their feet never touch the ground!

P.P.S. Everything is scared of safari ants, read this:

The fear is not unfounded. The venom of these ants has a protein component and an alkaloid component. The protein component causes anaphylaxis (an acute allergic reaction), and the alkaloid component causes pain. Systemic (including anaphylaxis) symptoms are more common after multiple bites, and can be fatal (from Chianura and Pozzi 2010, which has a grisly photo of a victim who was attacked while in a drunken stupor).