Answer to Mystery Photo from last time: The insect that built itself a house was a Caddisfly. It crawls around on the bottom eating tiny animals and plants. One day, if a fish doesn’t eat it first,  a small fly that looks a bit like a moth will emerge and fly around.

The tadpoles have grown enormously. Here is how they looked on April 13th, about 1/3 the diameter of a dime: 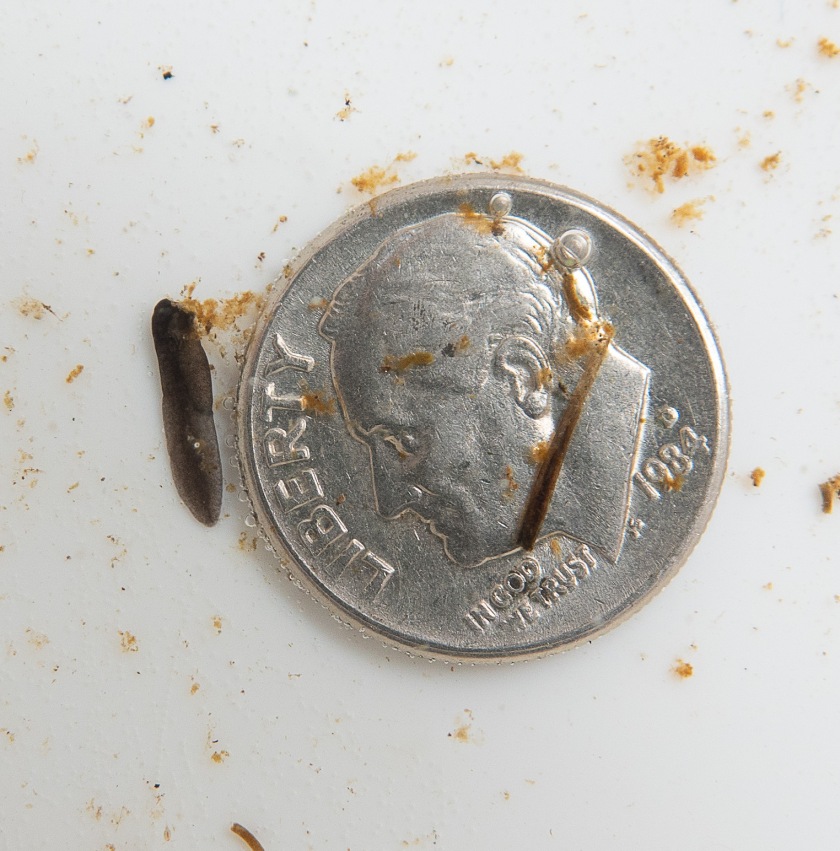 And here is how they look today, April 18, only five days later, almost as long as the diameter of that same dime:

The tadpoles now have lovely round bodies, and elegant tails with nearly transparent edges that are their fins.  You can sort of see a tiny frog inside. Can you see the eyes? 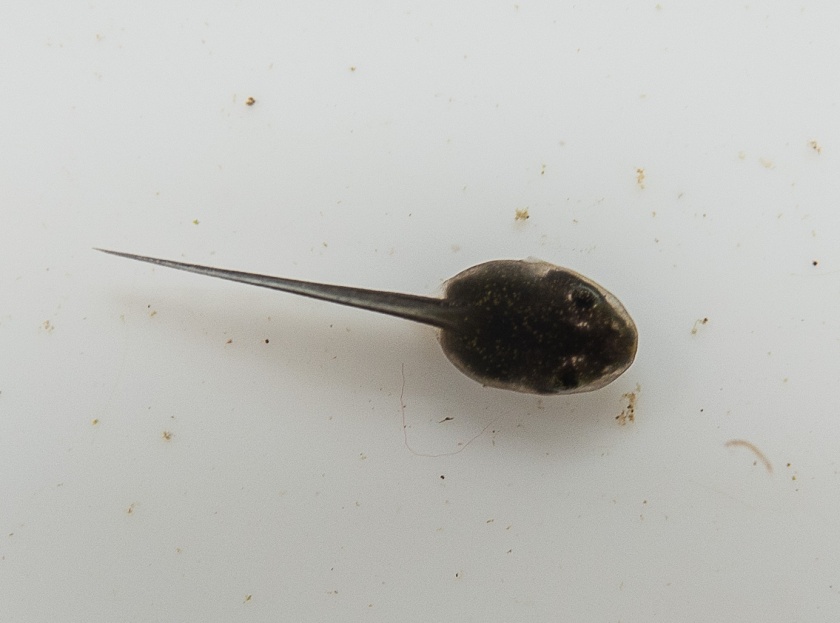 They swim quite energetically now, here they are:

Here is a new mystery creature for you: what do you think it is? A clue: it turns into something that flies, and it is called after the day of the month when the magic happens and the fly appears …  Answer next time. 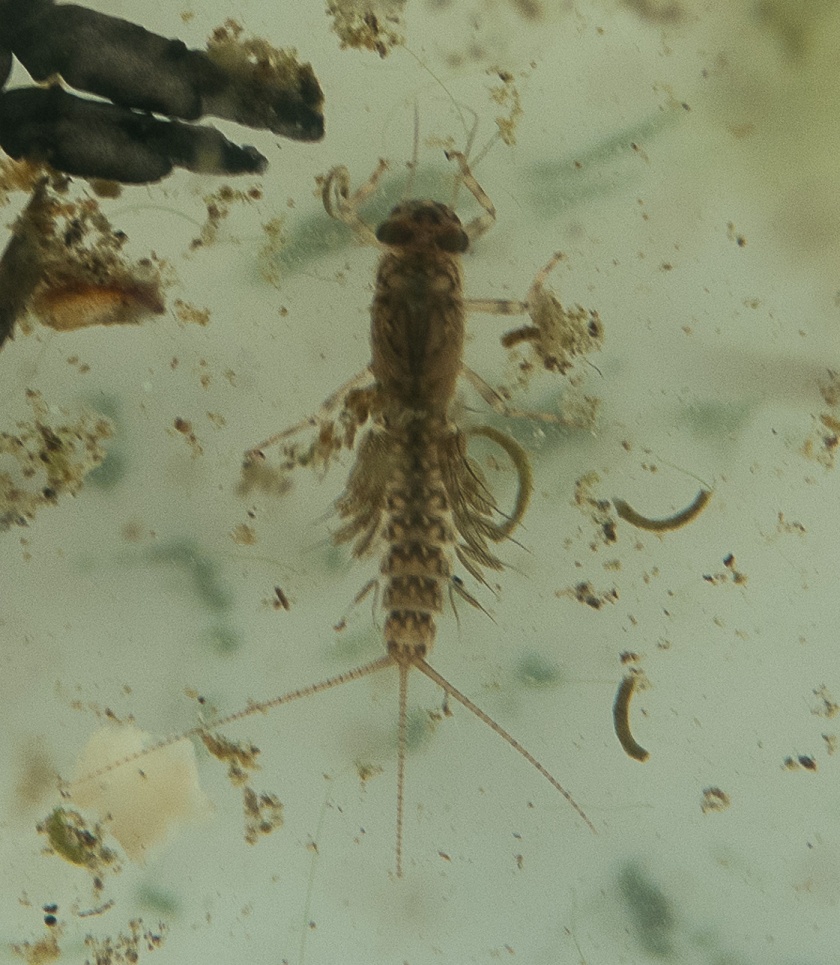 And a poem for you: you can read it out loud, or even sing it!

The first one said, “Let’s swim some more.”

The third one said, “Swimming makes me smile.”

The fourth one said, “My legs are growing long.”

The fifth one said, “I’m getting very strong.”

They’ll jump from the water and sit on logs.