I’ve been pondering this question: The kingfisher and the bluejay have quite different diets, and yet their beaks are not dissimilar. Why??

It started when I was deep in the woods, and saw some movement in a tiny stream. It was a bluejay having a bath (bad photo, sorry!): 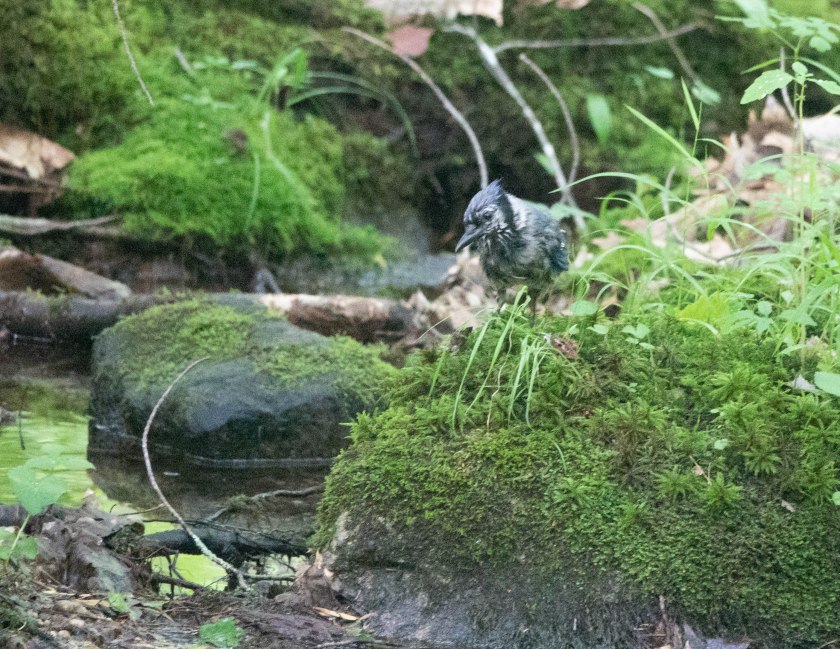 It flew up to recover its dignity and its plumage: 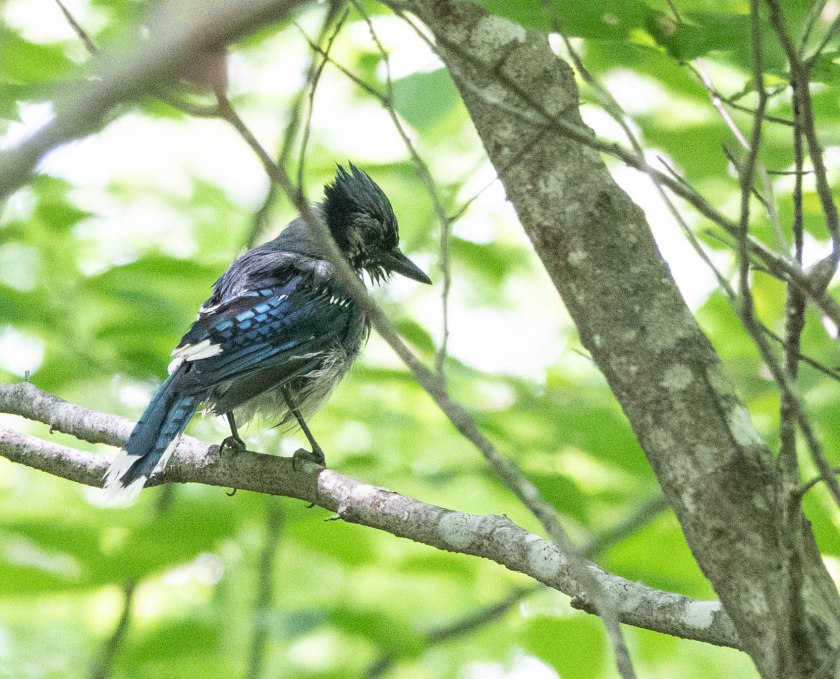 The day before I had seen a Belted Kingfisher: 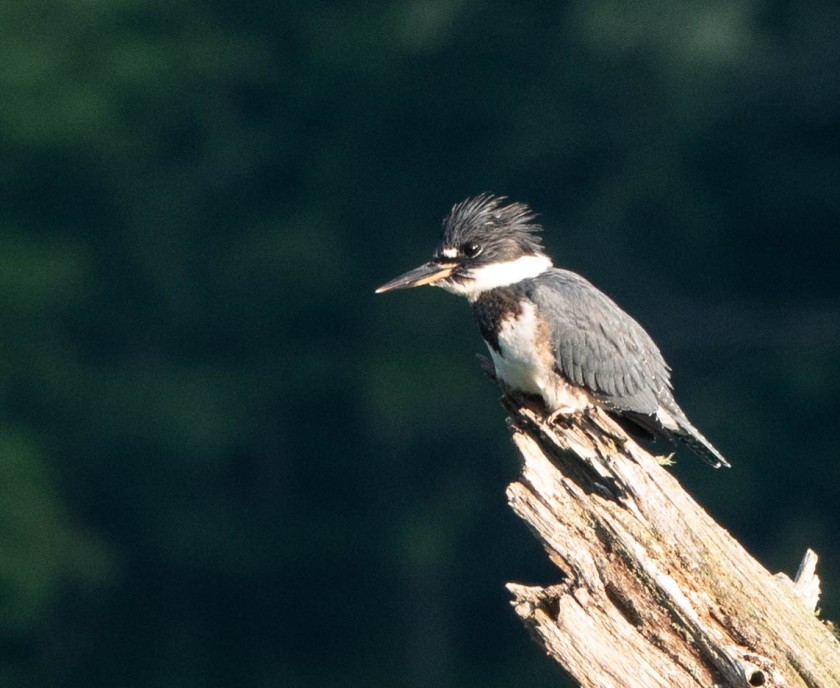 So now I had two photos, of pretty similar beaks: 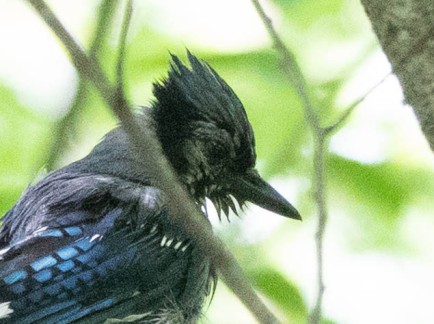 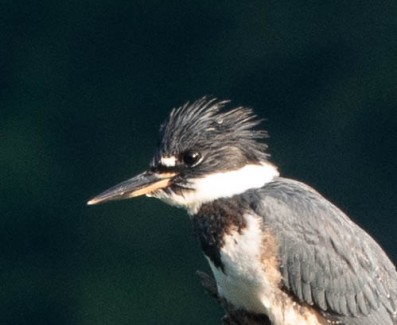 The kingfisher of course eats fish, and this beak is well adapted for grabbing (or if necessary spearing) a slippery fish. But bluejays eat mainly seeds, so why is their beak this shape? The cardinal, a true seed-eater, has a beak like this, designed for crushing seeds: 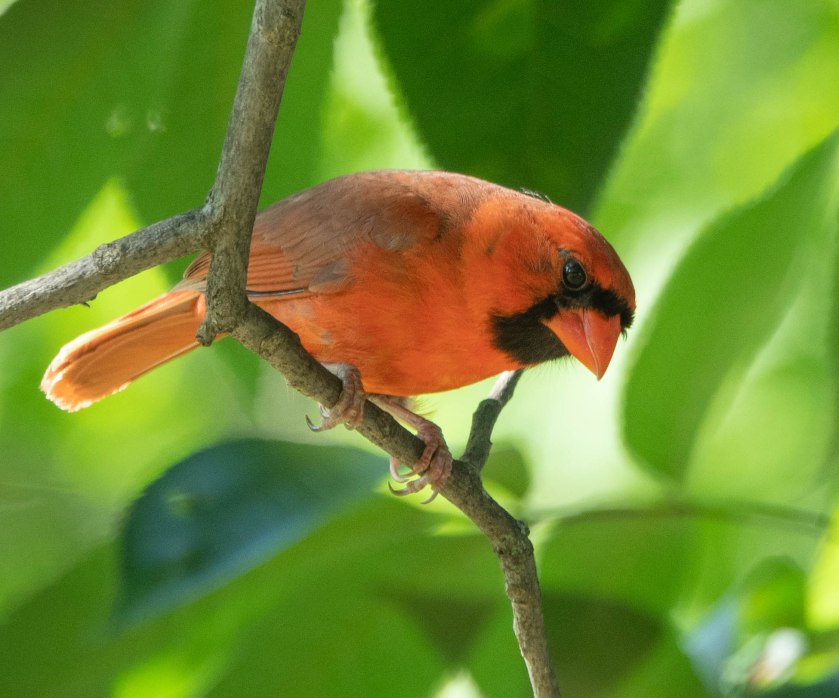 I think the answer lies in the fact that the bluejay is in fact an omnivore.  It also eats insects (about 20% of its diet), and even occasionally small dead or injured vertebrates like baby birds. A favorite food is acorns, and they hold them in their feet while pecking them open, so the beak has to be sharp and strong enough to penetrate an acorn.  Here is a good video showing how they do it:

To do this, the bill has to be pretty sturdy, and the bluejay’s bill is definitely sturdier than the kingfisher’s, which would be unlikely to stand up to this kind of demand. In fact, it is not so different from a woodpecker’s, as you can see here: 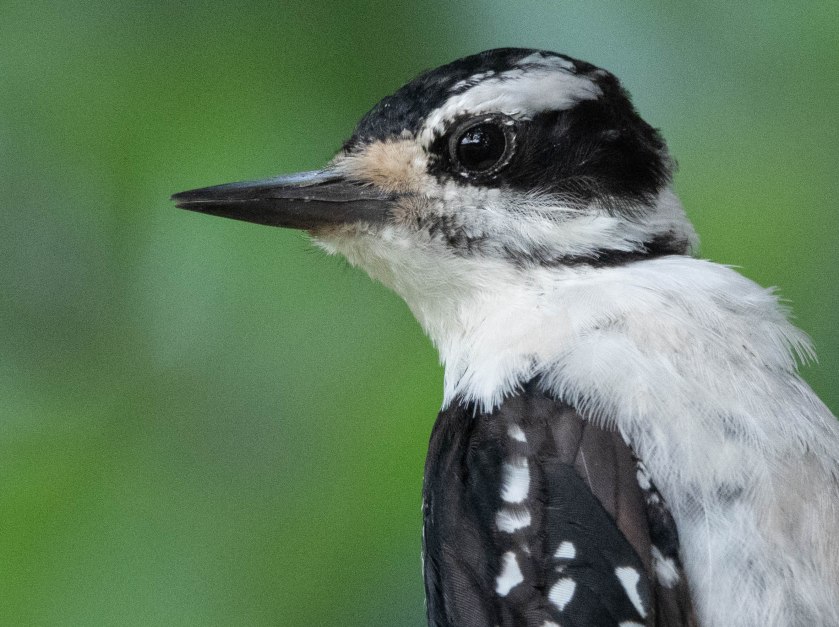