[I’m off to Ethiopia tomorrow, so expect no posts for a couple of weeks, and then a change of subject matter on my return!]

A surprising number of animals find a use for tree bark.

In my last post two grey squirrels were getting together in the treetops, but my sharp-eyed husband noticed that they had already prepared for the consequences of their dalliance: higher in the same tree was their drey:

The base is made of leaves, but look at the top: a mound of shredded bark.

And indeed if you now take a second look at their marital embrace, you can see that earlier one of them had been hard at work harvesting bark: 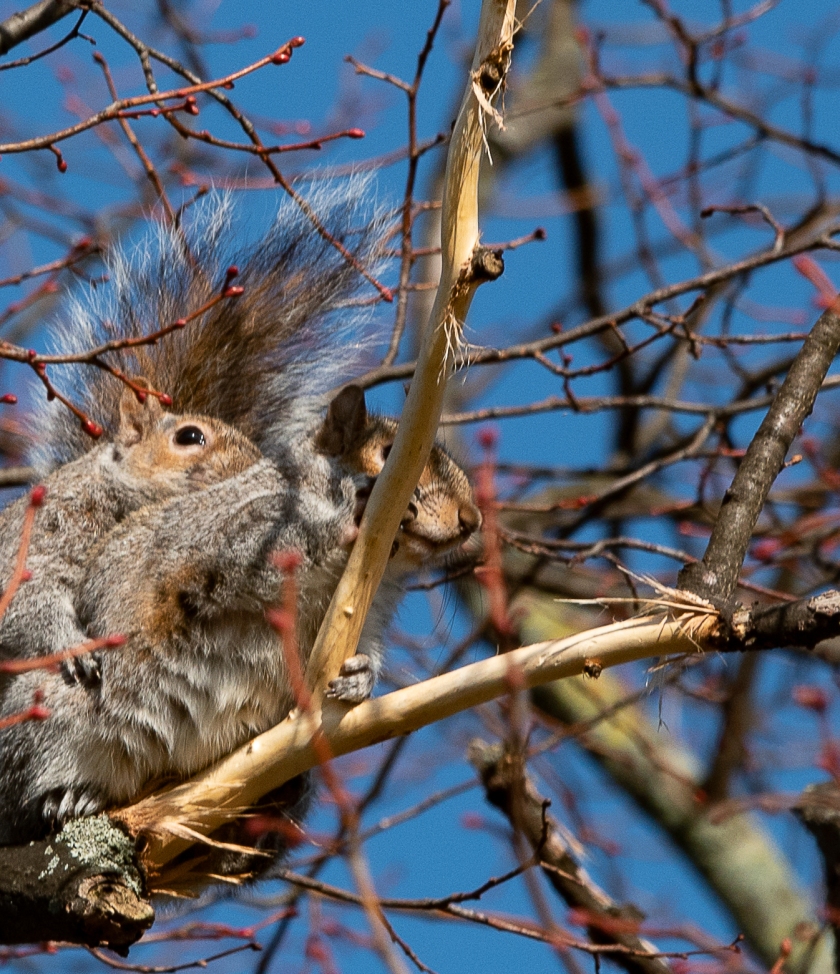 Foresters hate grey squirrels as much for the damage they do to trees as for any effects on our native red squirrel population.

Beavers of course operate on an altogether larger scale.

This quite sizable tree was felled behind my house in Maine a few years back, and within a few days they had systematically stripped off huge areas of delicious bark.  What they like is the living cambium underneath the bark itself. It is the innermost phloem layer that carries nutrients from the photosynthesizing leaves to the rest of the tree, so it contains delicious sugars and minerals. 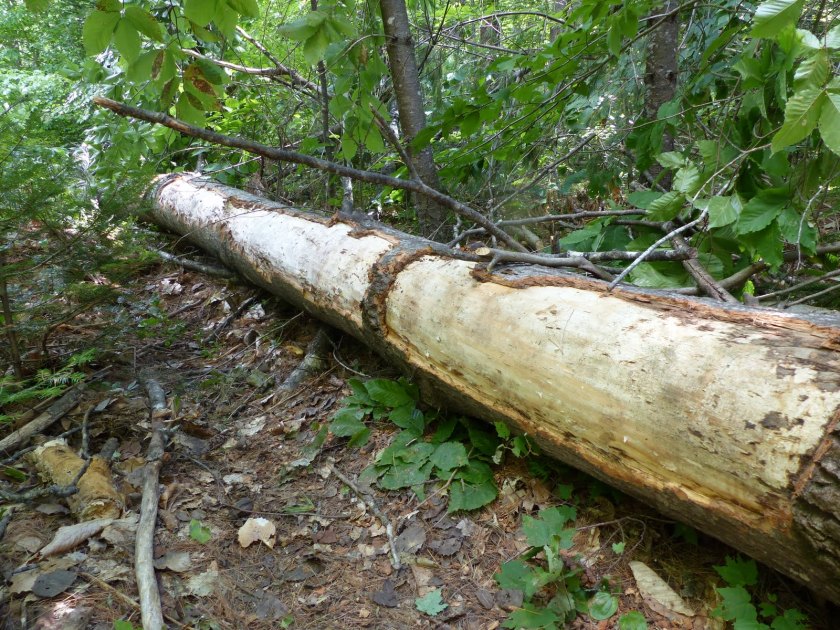 Sometimes it may also help them get a grip when they are maneuvering a log into position for a dam or lodge:

and often they just gnaw the bark off a standing tree, sometimes killing it. 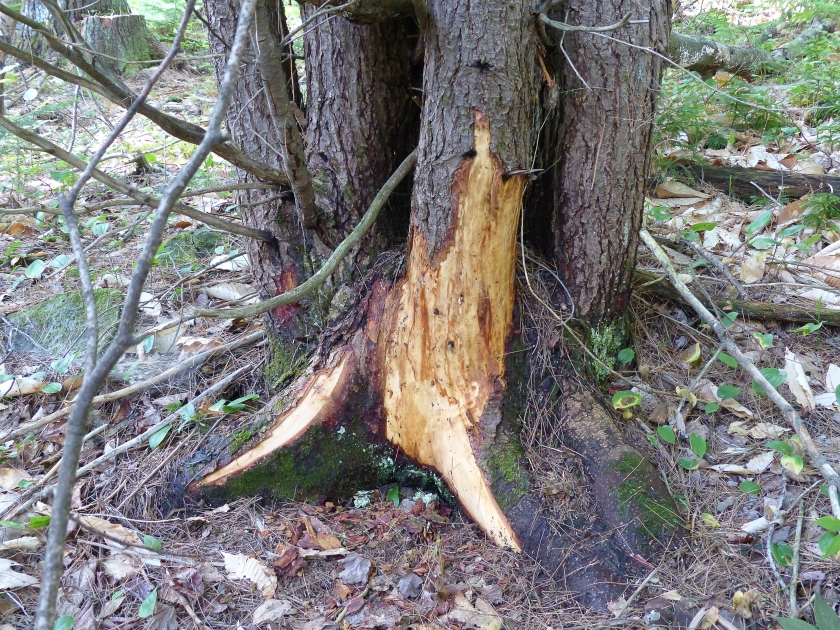 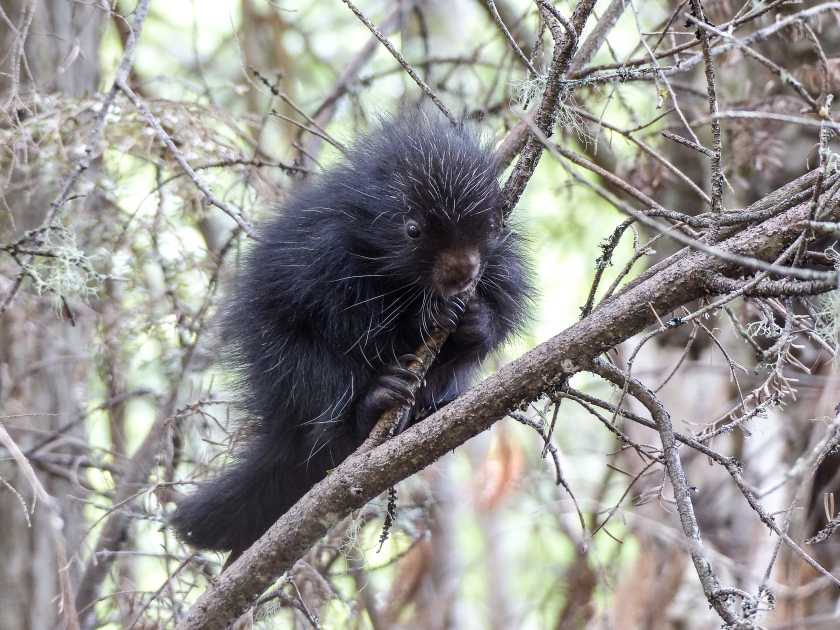 My friend Leigh posted impressive evidence of porcupine work in her blog recently:  scroll down about half way for the porcupine aftermath photos:

Poking About Among the Trees

Many other animals, including deer, rabbits, voles and mice eat bark too. Apparently so can humans:

Bark also has its own mysterious beauty:

Bark World, by Olivia Bayard (from The New Statesman, July 2016)

One thought on “Biting bark”