No-one is surprised to find birds (like robins) with brightly colored breasts, but mammals that are similarly caparisoned are rarer. The gelada monkey, Theropithecus gelada, is a glorious exception. Named after the Amharic word for the species, both sexes have astonishing red skin patches on their chests: the first photo is a female, and the second is a male: 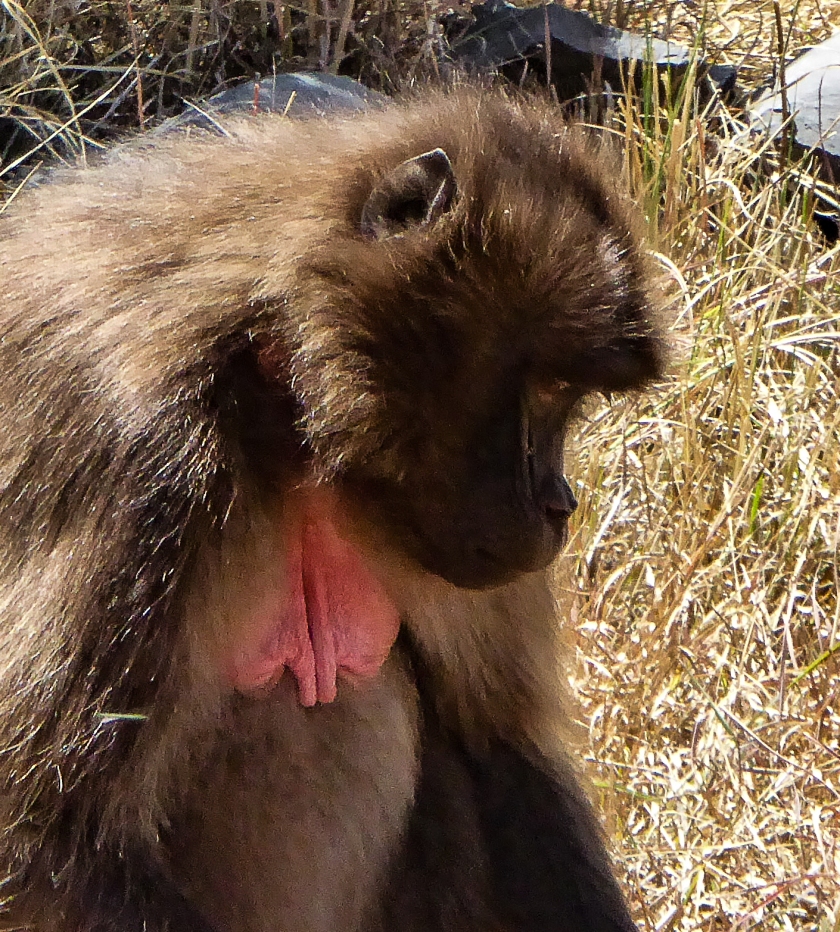 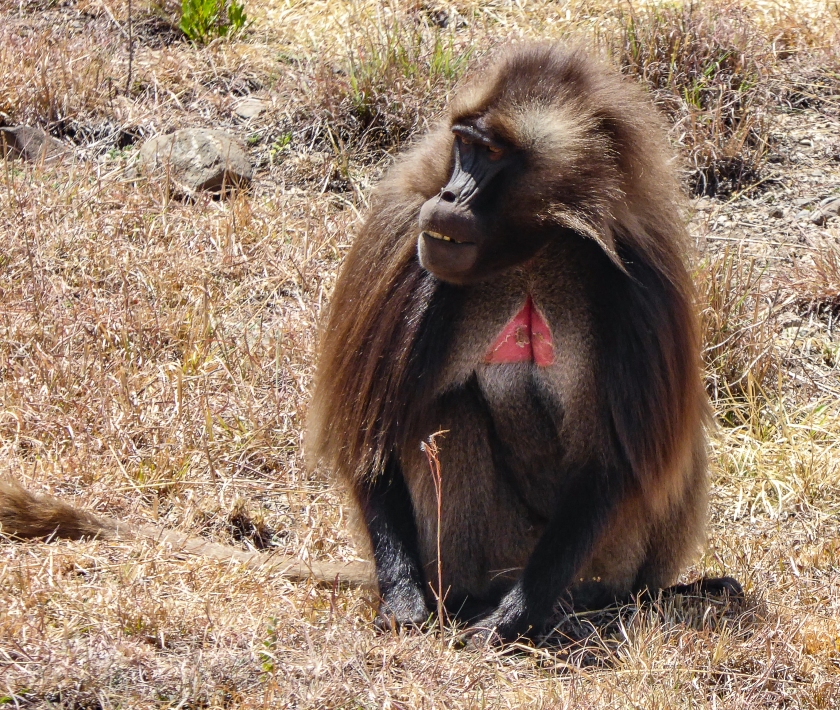 In males, the redder the chest patch the more dominant and successful the male (Bergman et al 2009). Bright bottoms are more common than bright tops in the primate world; one theory has it that colorful bottoms would be wasted on geladas because they are “bottom-feeders”… my term for their feeding behavior, as the next post will explain.

Geladas are found only in the highlands of Ethiopia, where they sleep and socialize on rocky cliffs. In the photo below the small dark brown blobs in the centre where the plateau tips over into cliff are geladas:

They seem to enjoy flirting with danger: here is a closeup of two of them:

And this male, with his shaggy cloak: 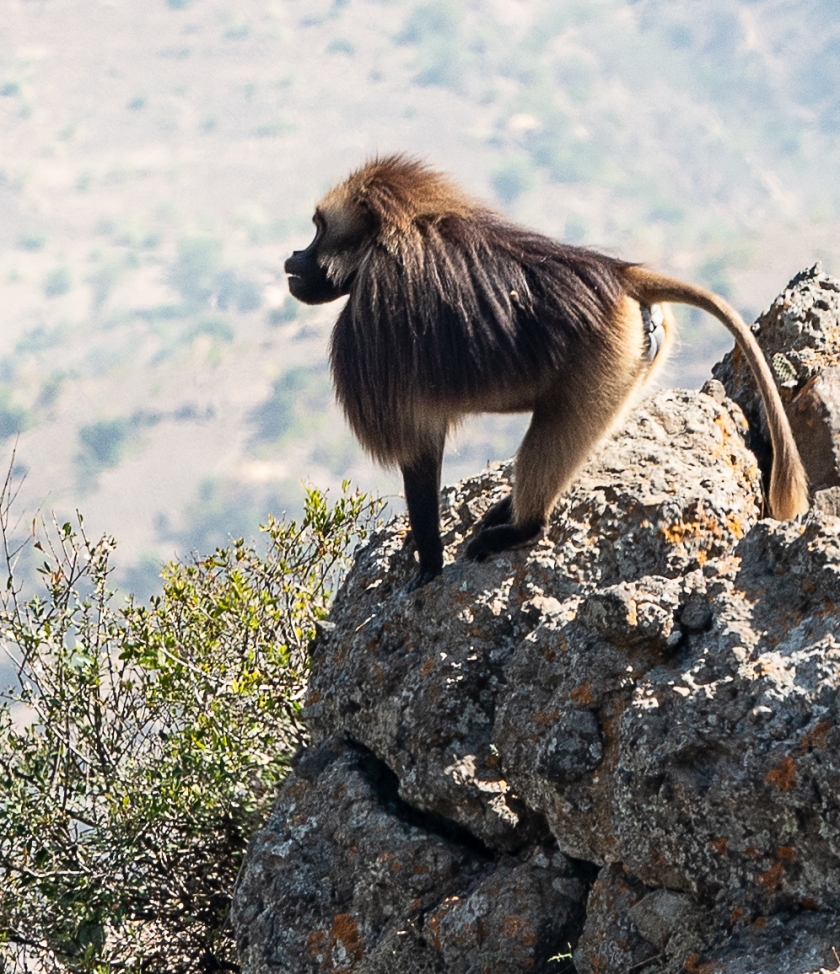 And this curious baby:

In my second installment, I’ll have some action shots… watch for the next post.

* Apologies for the excruciating  title! And also for the photo quality: my camera broke halfway through the last day, the gelada day, and so these are taken with a small point-and-shoot backup.

*The gelada shares its bleeding heart nickname with this flower, Dicentra spectabilis: