Giraffes are the endangered animal that no-one knows about. There are now fewer giraffes (70,000) than elephants (400,000) in Africa. Across all nine sub-species, giraffes are considered Vulnerable, but three sub-species are Endangered, including Tanzania’s only sub-species, the Maasai giraffe, Giraffa camelopardalis tippelskirchi. It is the largest of all giraffes, with males growing up to 19 feet tall, and weighing up to 4,275 lbs. In July this year the IUCN categorized it as endangered, because although there are 35,000 or so remaining, the population is down 50% in the last 30 years. They are poached, and land use changes have impacted their habitats. 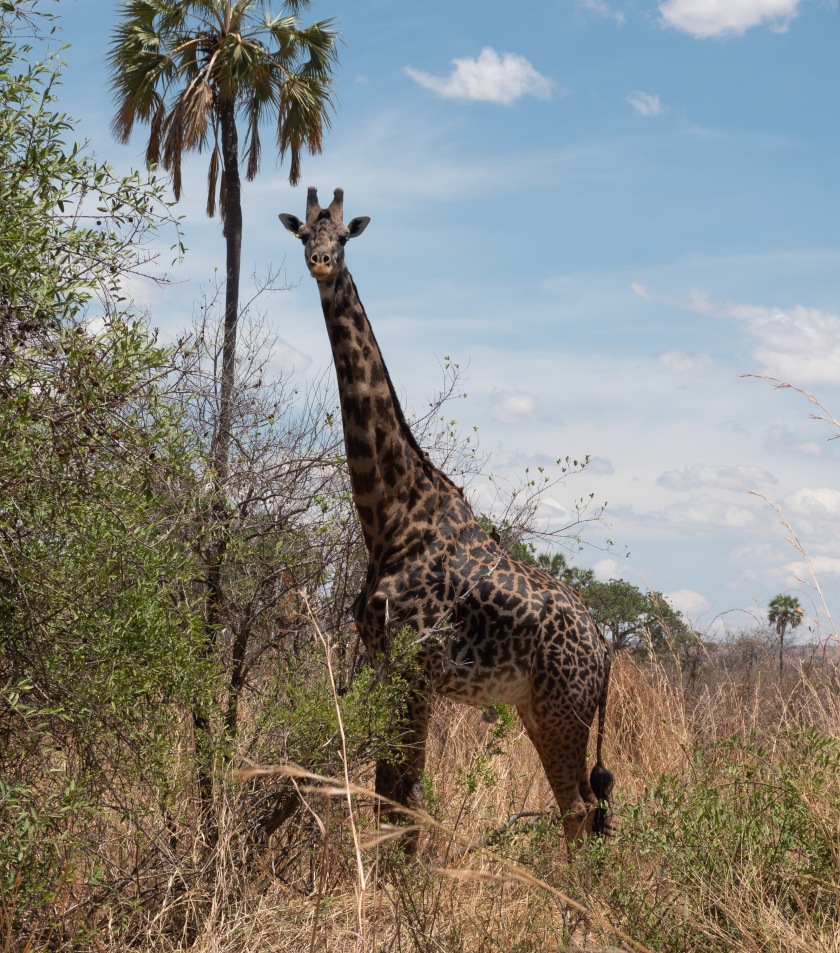 Look at its size compared to this impala:

Its colouration is very varied, and the markings vary from individual to individual, reminding me of paper cutouts by Matisse. 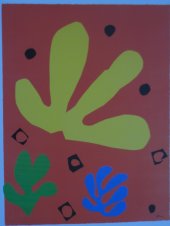 They have tongues up to 18″ long, and together with their prehensile lips they delicately deploy these to strip tiny leaves from thorny branches. 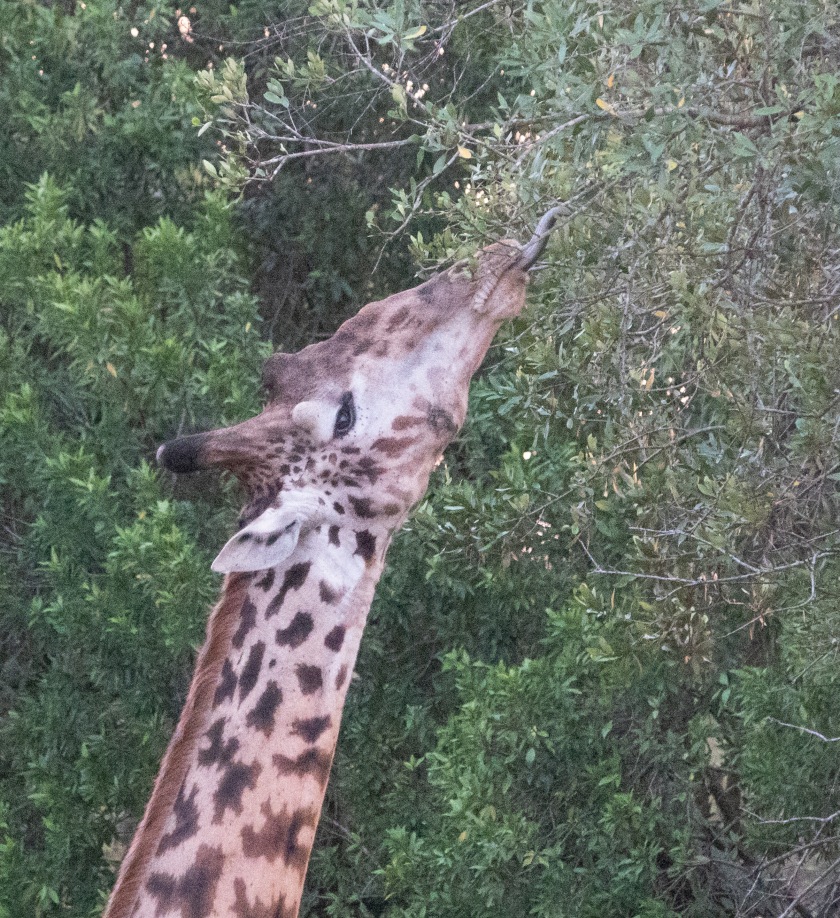 Not surprisingly, they have to eat about 16 hours a day to sustain those huge bodies. 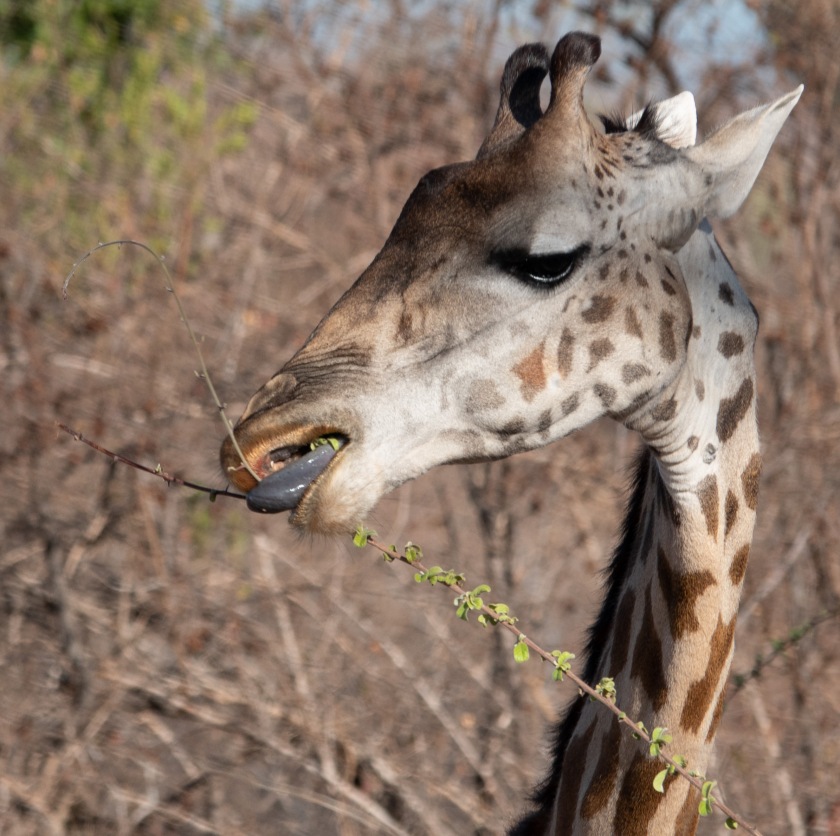 whether the food is low down

Next time, the fight for survival.