[I am still organizing my Florida photos, and anyway one can have too many bird posts, so I am returning to Tanzania for perhaps the last time.]

We saw this pride of three lions, a mother, sister and and near-adult son, on several separate occasions in the Ruaha. 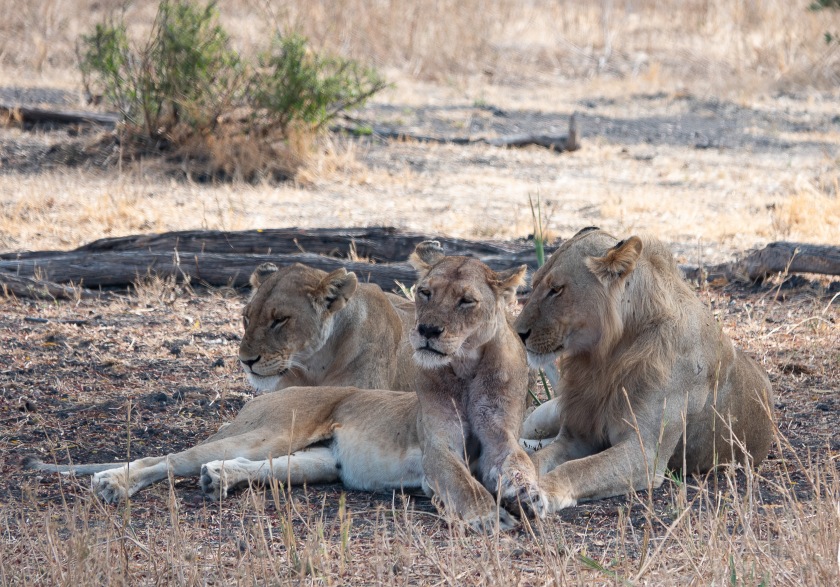 They appeared to be struggling. We watched them stalking game, but never getting close enough to launch an attack. They were thin, ribs showing: 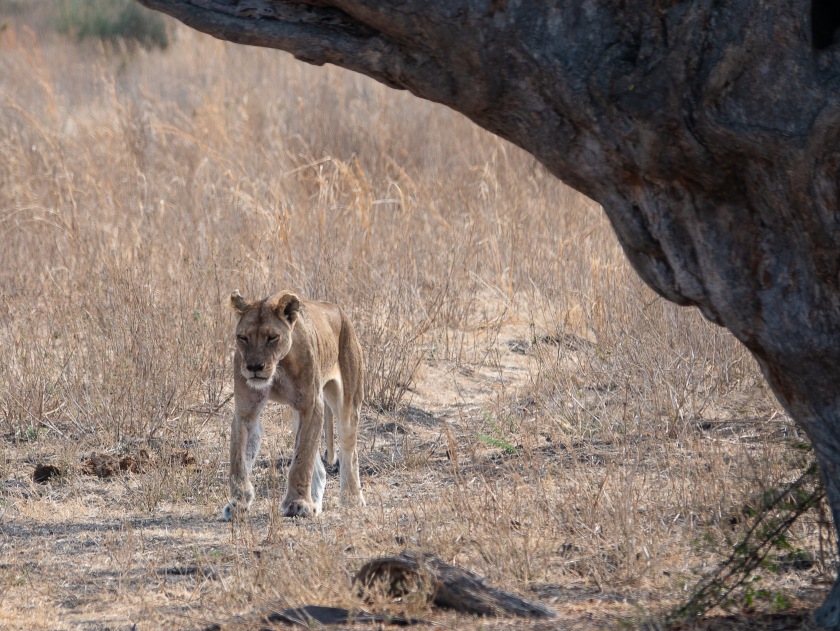 The family dynamics were interesting. When the mother approached her sister,  the sister snarled, 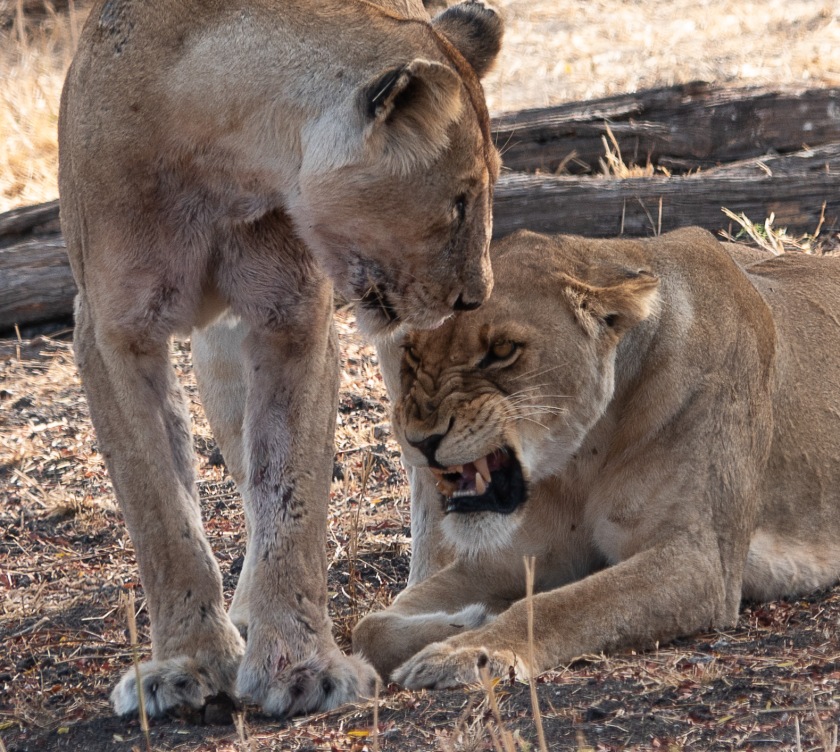 But when the mother then approached her son they showed clear affection, gently rubbing noses. 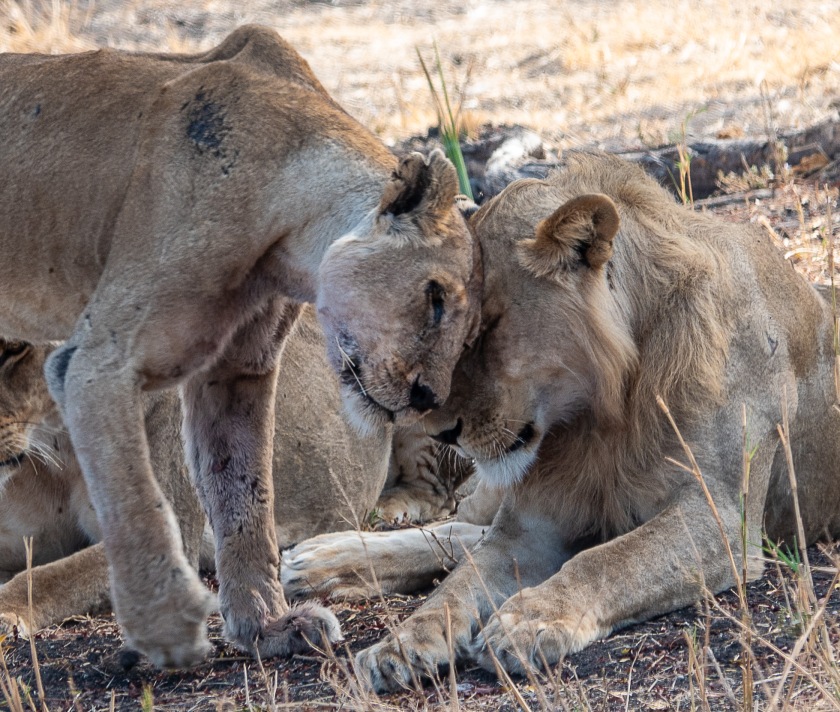 They looked skinny, but sometimes they killed, and late one afternoon we found them, bellies swollen, lying in the setting sun: 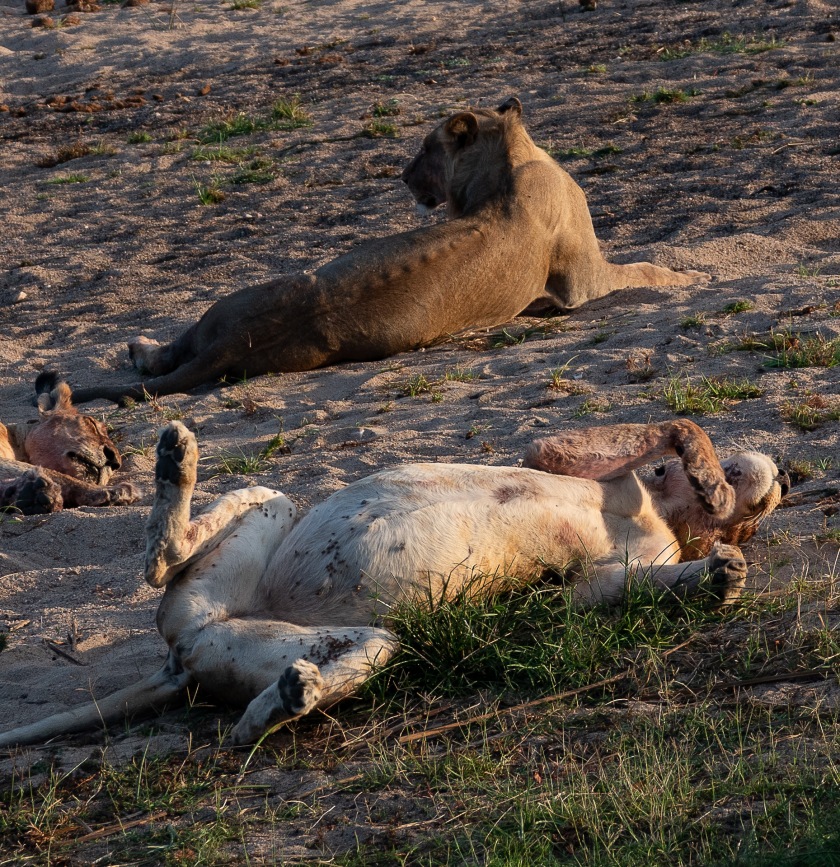 We didn’t see the actual kill, so this photo is of a different lion, in the Serengeti,  where the rain had begun, and it is quite clear what it had just killed: 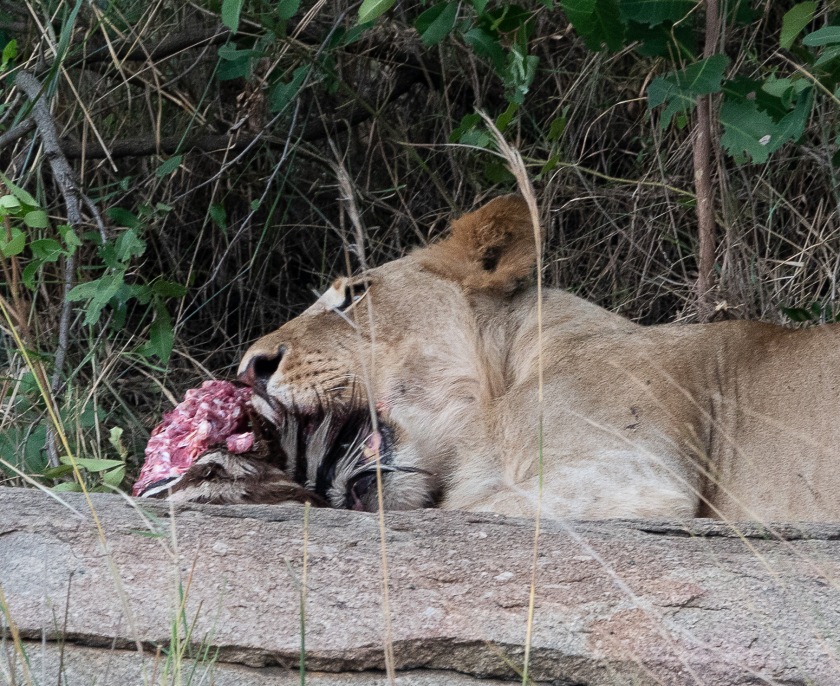 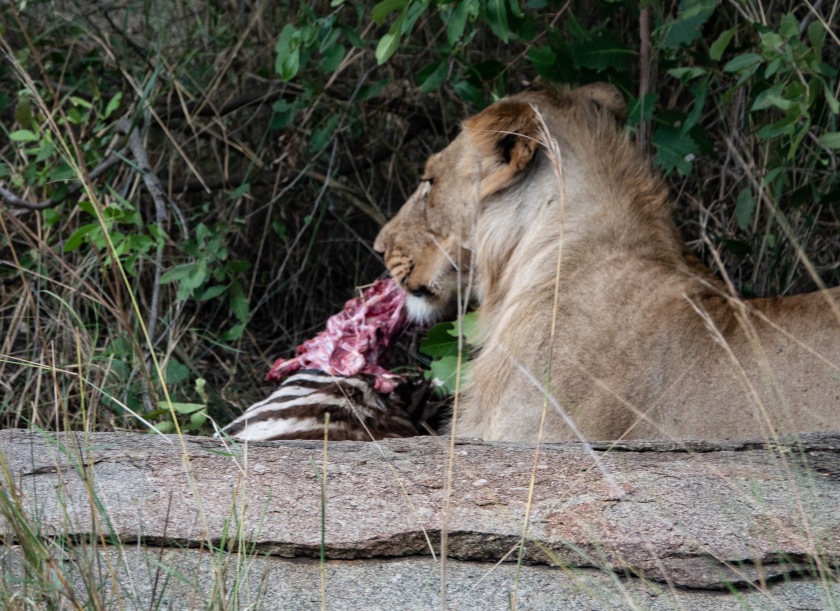 Survival of the fittest.

P.S. Lions feed every three or four days, and need 5-7kg of meat a day. But they can go without food for more than a week and then they gorge, eating up to 50kg of meat at a sitting – almost a quarter of their weight.

4 thoughts on “Lions: Feast or famine”