This dramatic Eastern Tiger Swallowtail butterfly was everywhere early this summer, to my delight. On honeysuckle: 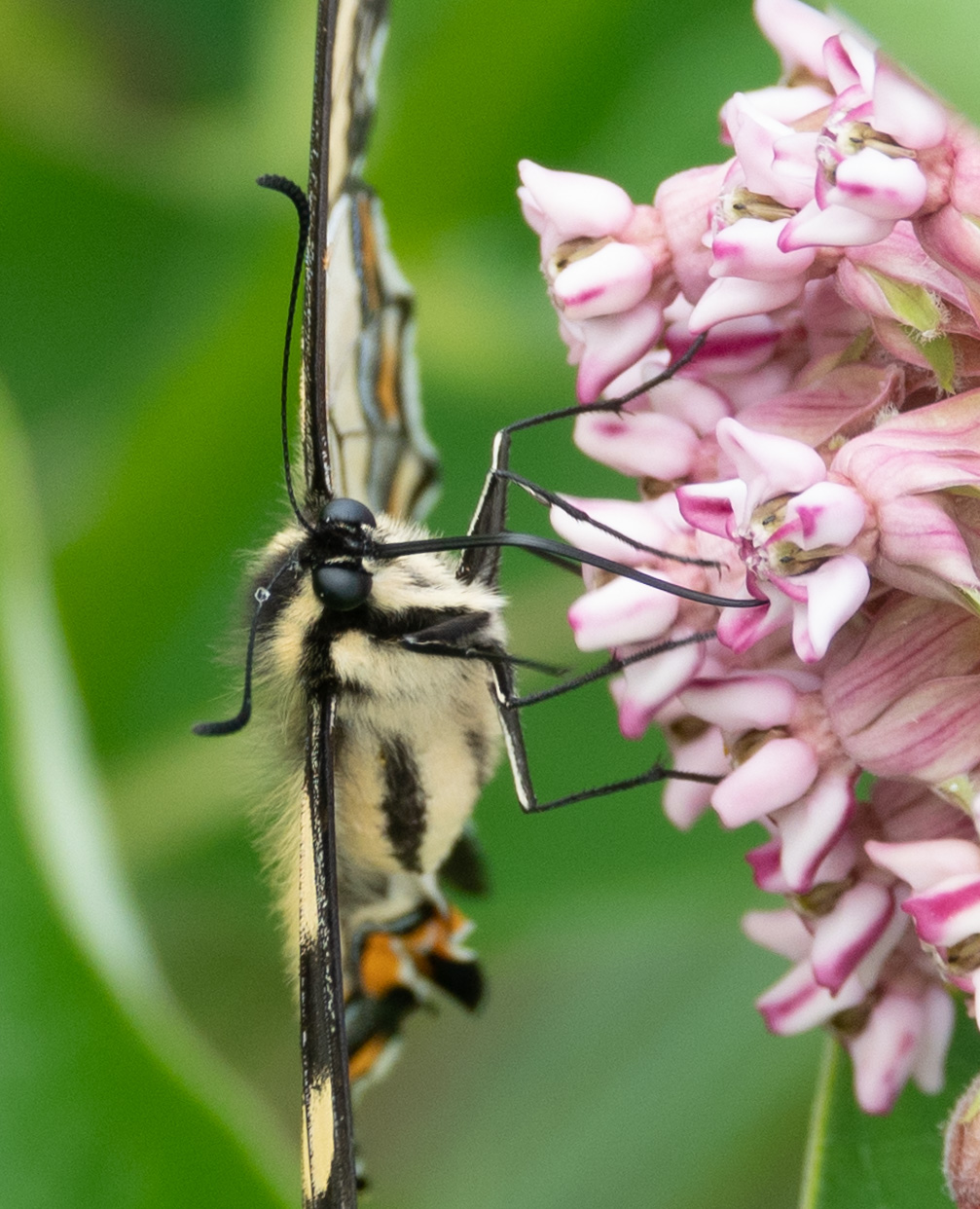 In a previous incarnation, it was a large green caterpillar, with fake “eye” markings to deceive predators; the actual head is the reddish section to the extreme left: 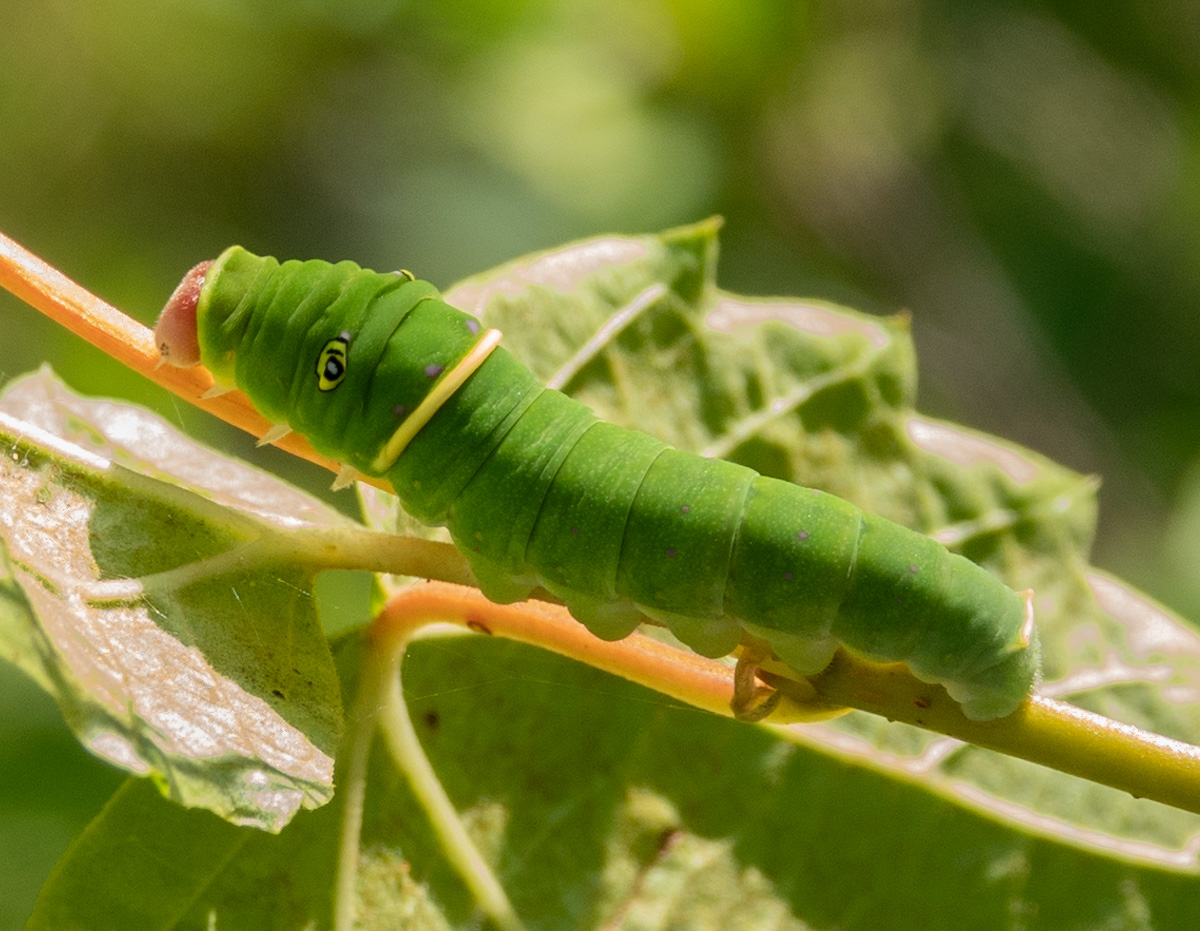 When threatened, it coils in its front end to create a very convincing – looking face, and those flaps even make its feet look big.

They curl up a leaf with silk threads, creating a little woven silken pad to which they can anchor themselves to rest. I watched this one for days, and it never moved (unless I touched it gently), and then one morning  it was gone, leaving its bed behind:

Had it gone off to pupate, or had something swooped down and eaten it?? We will never know.