My usual way of learning to look carefully at wildlife is to take photos, but last night I tried something new. I went to Shoreditch (London’s Brooklyn, but cooler) to a drawing class run by Wild Life Drawing, http://www.wildlifedrawing.co.uk, a wonderful idea started by Jennie Webber. They bring wild (or wild-ish) animals, give you paper and pencil, and let you draw them for a couple of hours. In the past they have had raptors, and wolf cubs, but this time it was snakes.

They are all rescue snakes abandoned by their owners for some reason. This is Peanut, a 14-foot long Burmese Python, investigating one of the artists.

As some of you know, our son Andrew once had a boa constrictor, so I am comfortable around snakes, but this was the biggest one I have ever handled. Luckily Burmese Pythons are typically quite docile, and if it was your first snake experience you would never recoil from them again. 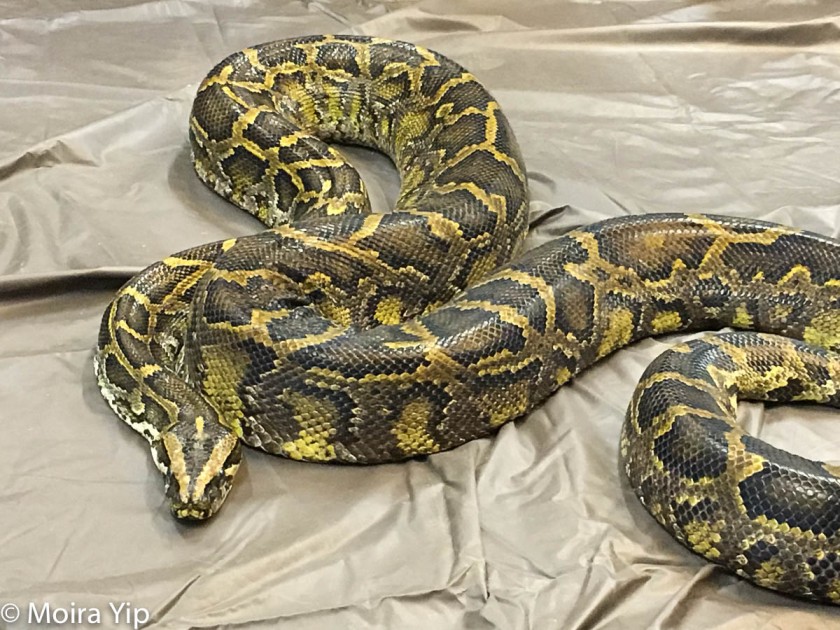 Harking back to an earlier blog post of mine, his underside is pretty stunning too. Notice the large horizontal scales that he uses to grip as he moves.

There were also four smaller snakes, including two Royal Pythons, and a Corn Snake. (The pumpkins were in honour of Halloween). 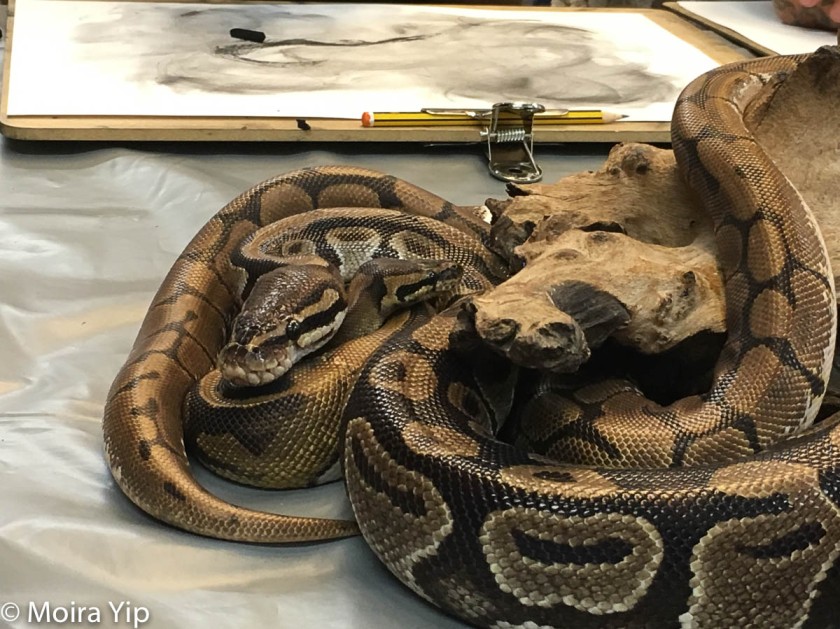 I was 30 years older than anyone else in the room, and some of the others did beautiful watercolours or charcoal sketches. My drawings are not as impressive, though this smaller Royal Python seemed to like it:

The larger one got bored:

We gathered a substantial crowd outside the windows who couldn’t quite believe what they were seeing. One small child came in to pat the biggest snake.

Many of these drawing sessions support wildlife trusts, which in addition to rescuing animals perform an important educational service, with open days and school visits. If anyone would like to know more about this reptile rescue centre, they are called Snakes Alive, http://www.snakesalive.co.uk. 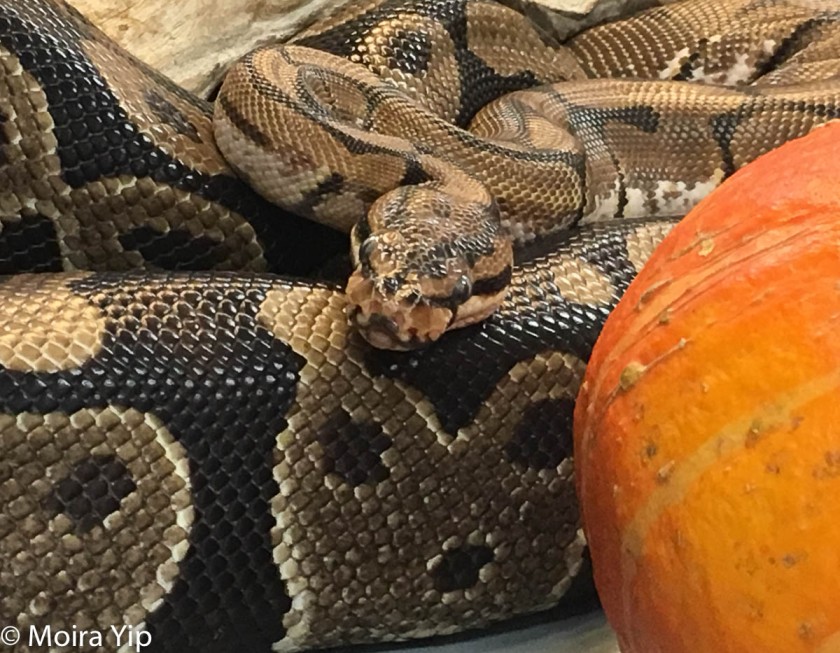 PS: All these are iPhone photos, but they came out OK.

PPS: Since this is a posting from London, I decided to use British spelling!

3 thoughts on “Snakes in Shoreditch”