Ecuador has five or six proper toucans: they are my kind of bird, being large and grand and brightly colored, so even I can see them.  Most are sub-tropical, but some are montane species living in the Andes cloud forests on the Western slopes, like my first one.

This male Plate-billed Mountain Toucan was perched on a branch near his nest, and inside the nest hole his mate was sitting on their eggs.  We thought he had brought food to sustain his lady-love, but eventually he selfishly ate this himself. The huge beak has serrated ‘teeth’, but despite this vicious-looking piece of machinery they are mainly fruit-eaters, supplemented by only occasional insects and lizards. 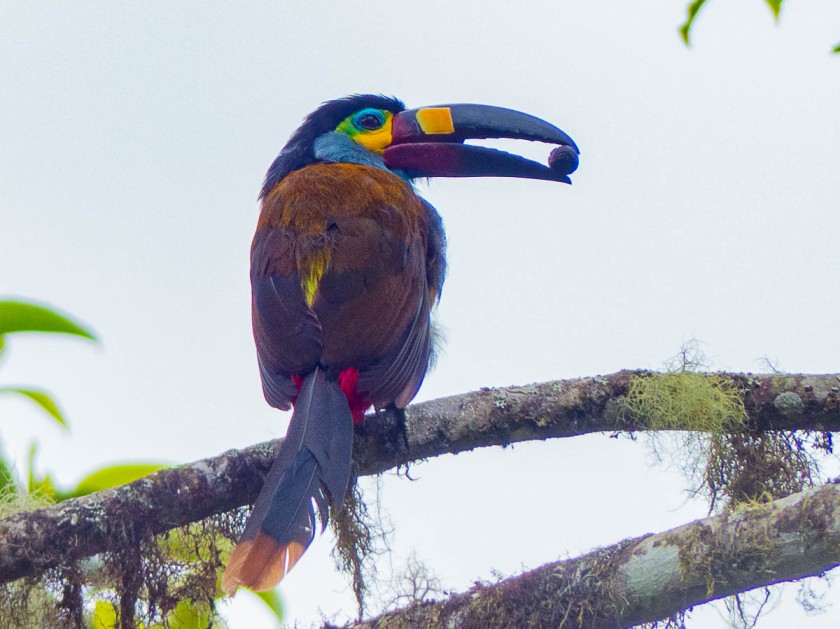 The nest is in a perfectly round hole in a tree, and the female was not visible, although the guides said they had seen her.

These are birds that really shouldn’t be able to fly: their bills are enormous, and they look ludicrously unbalanced. The mystery was solved for me a few years ago in Brazil, where my lodge had a toucan’s bill on display. It turns out they are extremely light, being made of bony struts filled with a spongy keratin-like material. The photo below shows off his fine wings, which must help manage that beak in flight.

My other toucans were Black-mandibled Toucans, also known as Yellow-throated Toucans, living in the sub-tropical Sumaco area on the Eastern slopes, in a large fruiting tree near my lodge:

They have bright blue feet, and flashes of red on the vent. 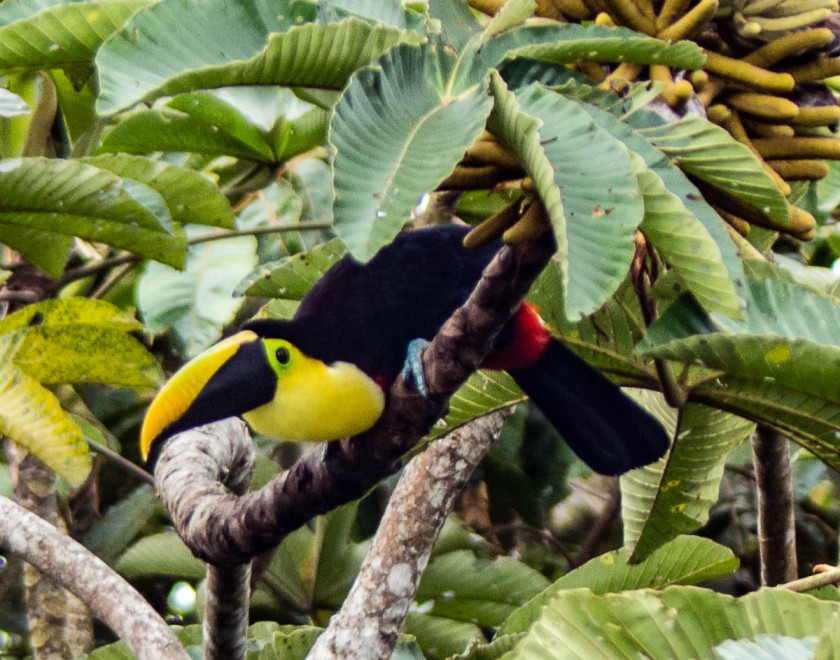 This one was part of a devoted pair, who spent long periods sidling up to each other, and taking turns grooming each other surprisingly delicately with those gigantic beaks. 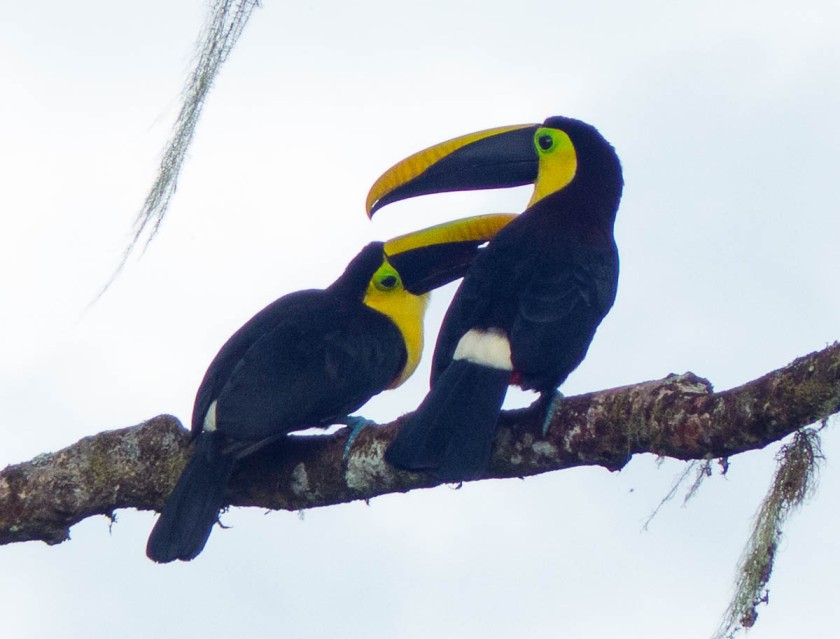 And time to pose for their portrait.

(In breeding season, pairs separate out from the larger flocks in which they mainly live.)

One thought on “Two toucans too..”