The Sherbrooke used to be home to many over-wintering waterfowl, but in recent years there has been less open water because of silting and aquatic plants. Some clearing this year has given us back more open water this winter:

so I thought I would show you a couple of photos. One is a year-round resident, the coot, and at this time of year the males start jousting for territory:

The other is a winter resident, the wigeon. There are only about 400 nesting pairs in the UK, where they nest up in the North of England and Scotland. But in the winter there are about 440,000 birds, most of whom return to breed in Iceland, Scandinavia and Russia. This photo shows a male and a female.

They come in flocks, and feed both in the water and on grass: 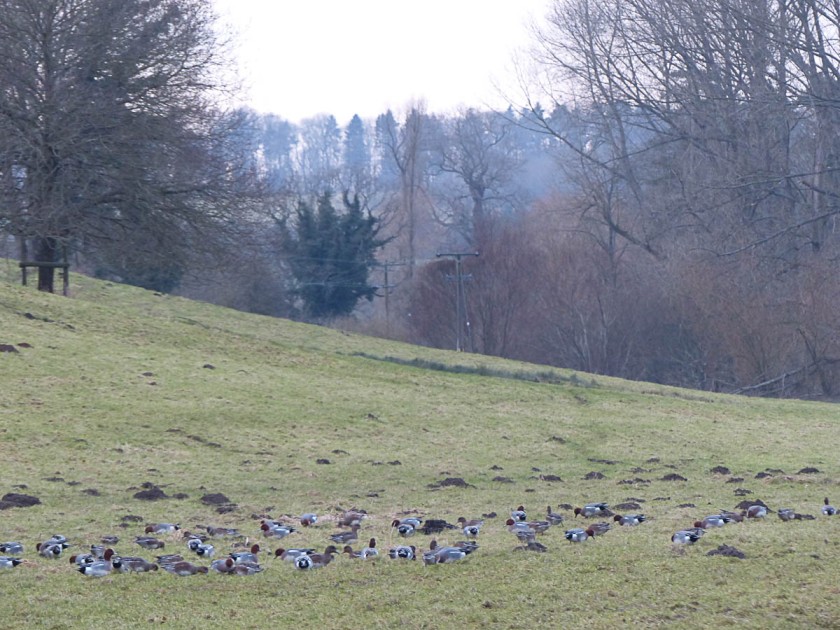 Because there are large numbers of winter birds at only a few sites, their UK conservation status is Amber, so it is terrific to have them in Sherborne.

In past years we have also had tufted ducks, but this year I have only seen the odd pair. 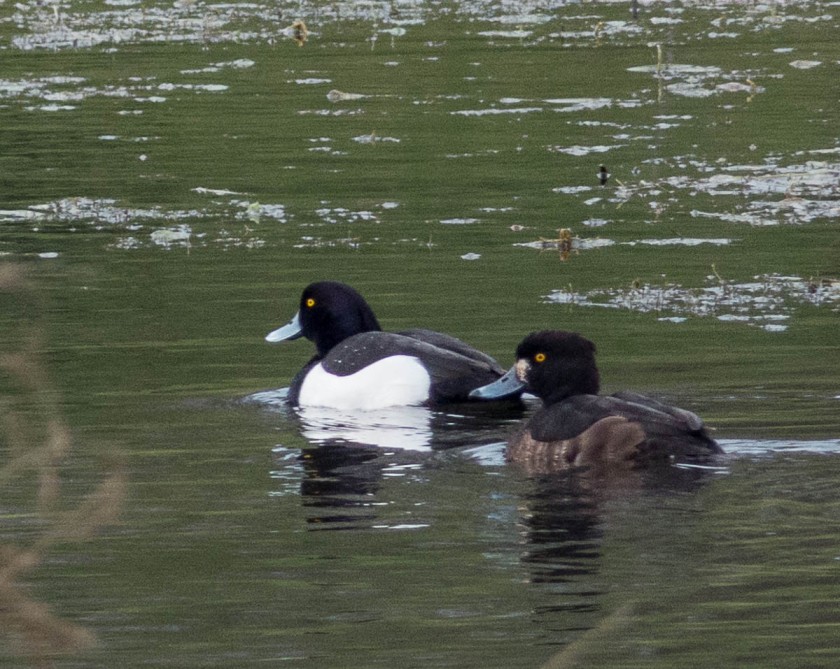 There is a reason children play with rubber ducks and not rubber geese: ducks just ooze charm.

4 thoughts on ““The wild duck startles like a sudden thought… “”