These photos will ask you to use your indulgence and your imagination. None of them are good enough that I would normally think of posting them, but the story they tell was one of my most engrossing experiences in the bush.

This is a juvenile martial eagle, (Polemaetus bellicosus) probably fully grown but less than seven years old because she is not yet in adult plumage. They are the largest eagle in Africa, with a wingspan of up to 260cm (8 1/2 feet), bigger than a bald eagle. They are classified as Vulnerable, due to habitat loss, collisions with power lines, and poisoning. 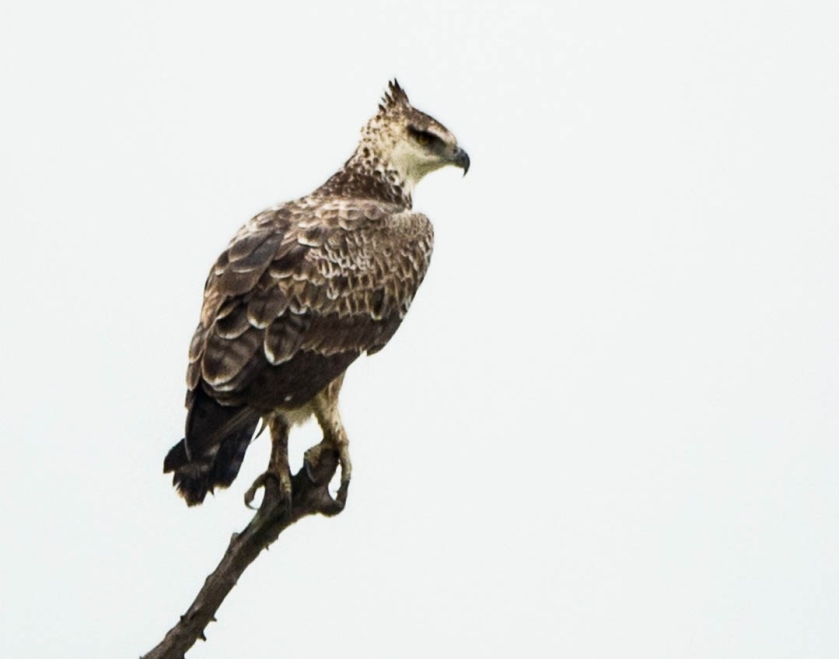 Maybe 1/2Km from her perch, a family of banded mongoose were foraging happily in the long grass (as you can already tell, this isn’t going to end well).

My camera was on the eagle when she took off: 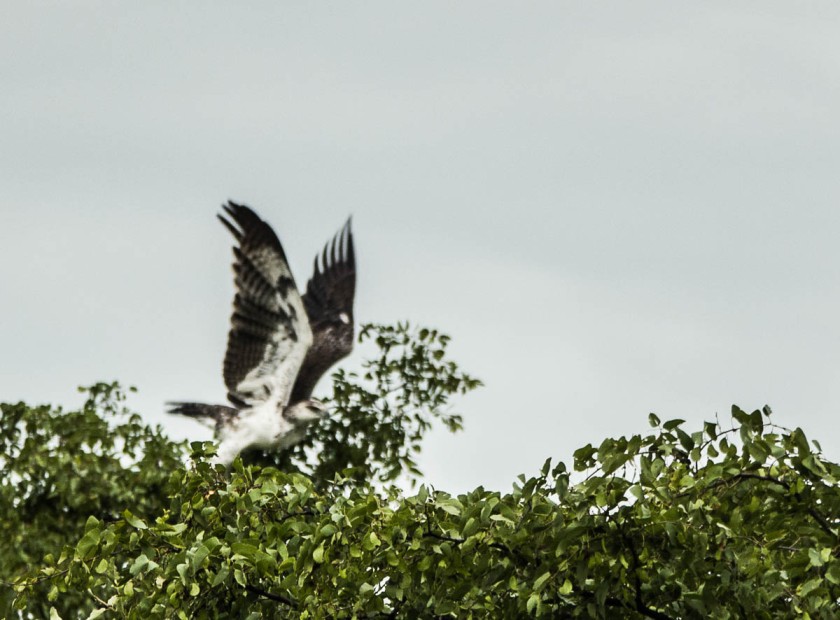 She silently swooped and without pause rose again, this time with something in her talons:

This second shot is a touch clearer:

And the remaining mongeese spent 15 minutes popping their heads up and down above the grass like meerkats, trying to work out what on earth had happened:

Martial eagles (who weigh on average 4.7Kg, with the females as large as 6.5Kg) have occasionally been known to take small antelope, so a mongoose (2.25Kg, roughly half of the eagle’s weight) is nowhere close to the limit of their abilities.  They can see their prey from 5Km up, so this hunt was easy-peasy on all counts, even for a juvenile.

2 thoughts on “Aquila and Rikki-tikki Tavi”