[A week or so ago I did a post about the grass snake and the moorhen chicks. It turns out the BBC Springwatch team had been thinking of doing a piece on snakes, so they decided they now had an excuse, a Sherborne connection. To my great delight they used my Barred Grass Snake shot, repeated below, to introduce the piece. You are now reading the work of someone with BBC wildlife credentials!]

This weekend I tried to interest the TV crew in a series of new photos showing a spider carefully wrapping up a mayfly sub-imago all ready for grocery delivery, then hauling it towards its hideaway, where it settled in to drink it. So far, I am afraid they have politely said it is a great piece of animal behavior, but shown no signs of giving me screen time again!

I found the predator and prey hanging from a thread in mid air along a fence near the brook. The spider had already bundled up one wing. If you look very carefully you can just see the strands of silk emerging from the spinnerets.

Now it set about bundling up the other wing. 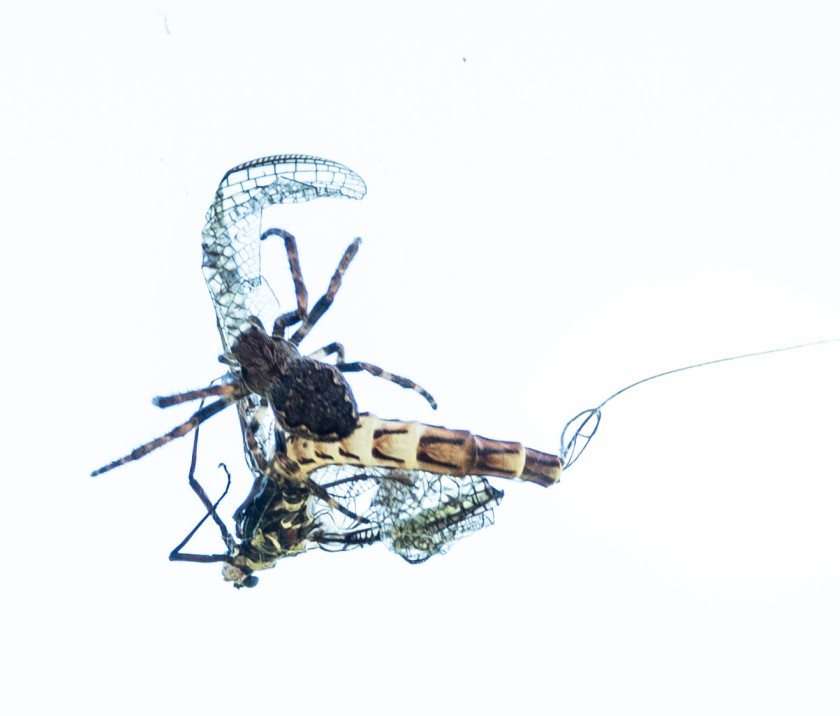 It also had to take care of the tail.

Once the bundle was complete, it ran a cable horizontally from a nearby fencepost, and then hauled it over.

Finally, time for dinner, twelve minutes from when I took the first photograph. 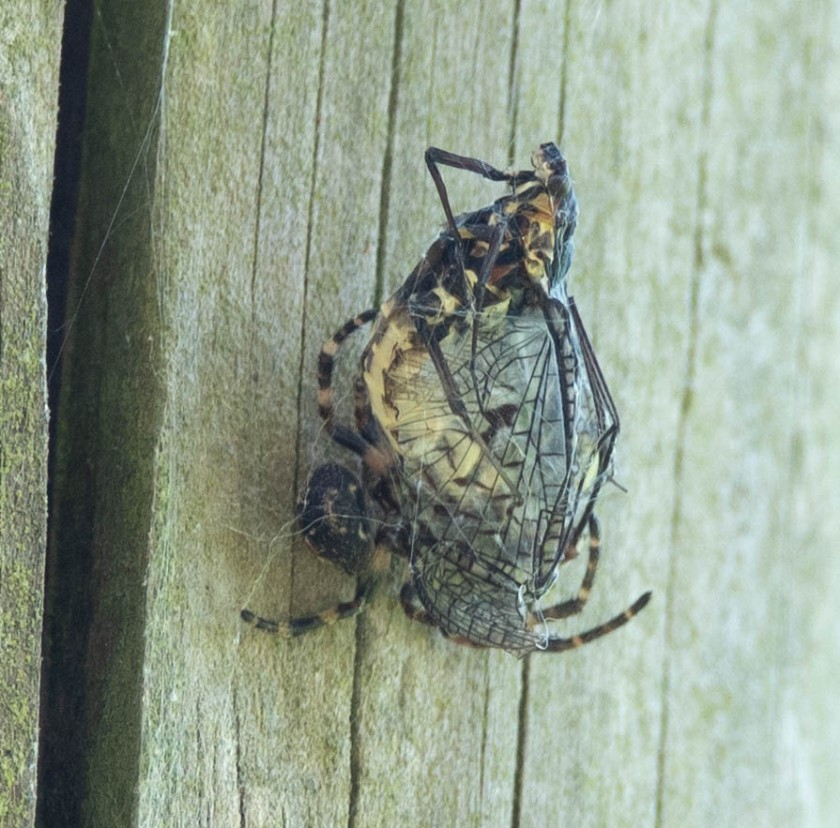 And in the morning, what was left was just a husk, still being guarded by the spider from its lair: 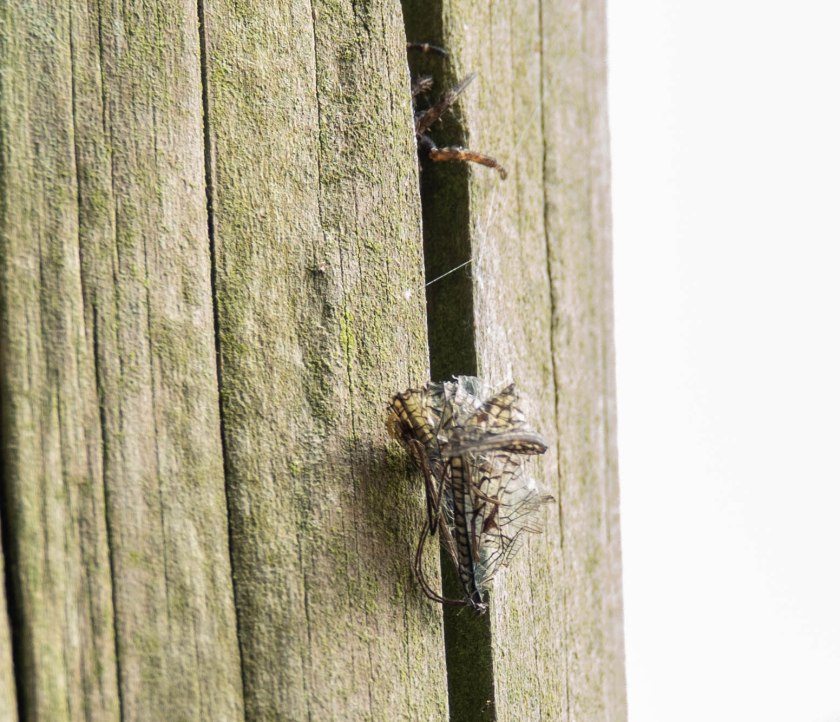 2 thoughts on “Fleeting fame, and a spider”