Barred Owls, Strix varia, are fairly common here, but since I am diurnal I rarely see them. I have a camera trap on my big hickory tree, and one came several nights in a row, probably hoping to catch one of the flying squirrels that live in my tree. Here he or she is: 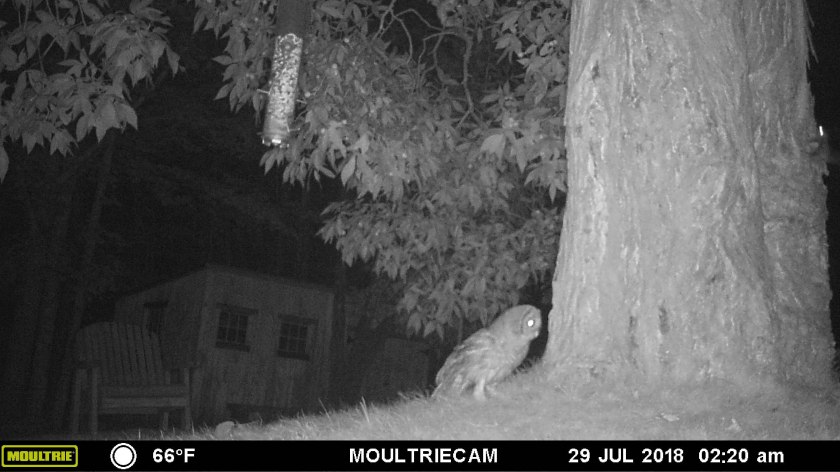 The wings are barred, but the name actually comes from the vertical bars on the chest, which will see in some later photos. 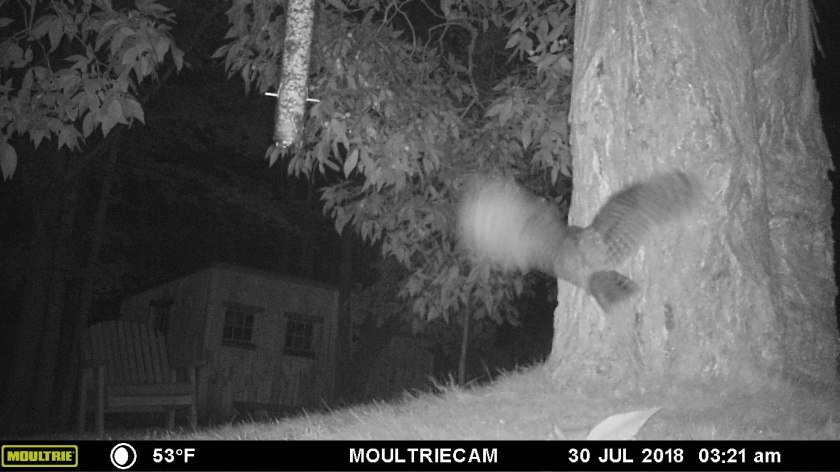 One night, I got a movie:

Occasionally they can be seen in the daytime.  This one perched on a pine tree next to my son’s house near Boston a couple of years ago. It is the only American owl with brown (as opposed to yellow) eyes.

They hunt in wooded areas, and if a road runs through woodland they are sometimes hit by cars.  Sadly, we found this one last week on a small lane overhung by trees near the lake.

It had no apparent injuries , but when we moved it off the road it was clear its neck was broken.

It had fully feathered legs, and the most fearsome talons and rough leathery feet to help it grip.:

PS Don’t confuse the Barred Owl with the Barn Owl! The US Barred Owl weighs from 0.5Kg – 1Kg. By comparison, the UK Barn owl, Tyto alba, is smaller, weighing 0.2 – 0.7Kg, and of course much whiter!

One thought on “The sad savage beauty of the Barred Owl”