At its southern end, our lake seeps out into a fen. Yesterday I went walking, or rather bushwhacking, into this very secluded world, in search of Sandhill Cranes.

In the thickets, on a fallen tree, I found a Bear’s Tooth Fungus. It has other names, including Lion’s Mane, and Pompom, and is of the genus Hericium. 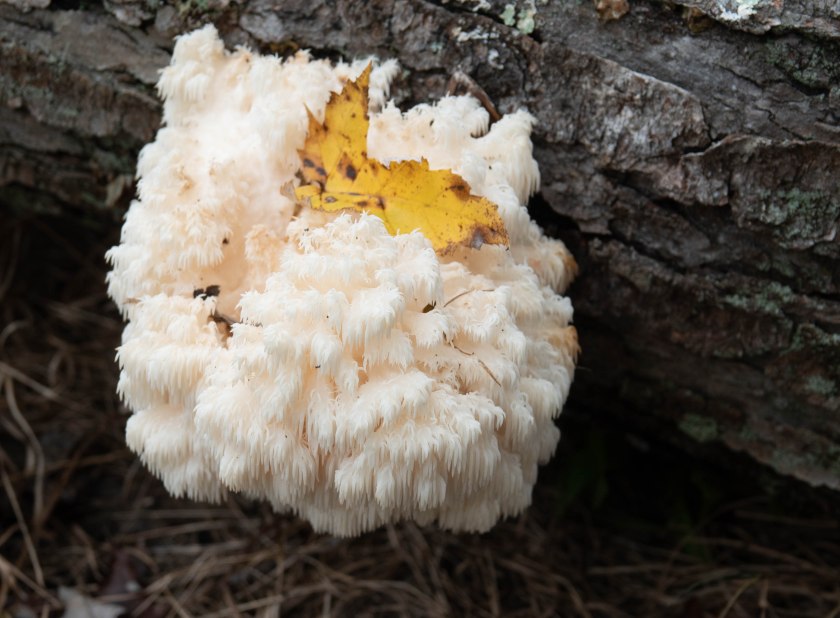 Then a large flock of perhaps thirty birds surrounded me in the treetops: American robins, Turdus migratorius.

They are mainly solitary in the summer,  but they gather into flocks in the winter, usually a prelude to migration south, though some winter over. They are a type of thrush, and quite unlike the English robin. 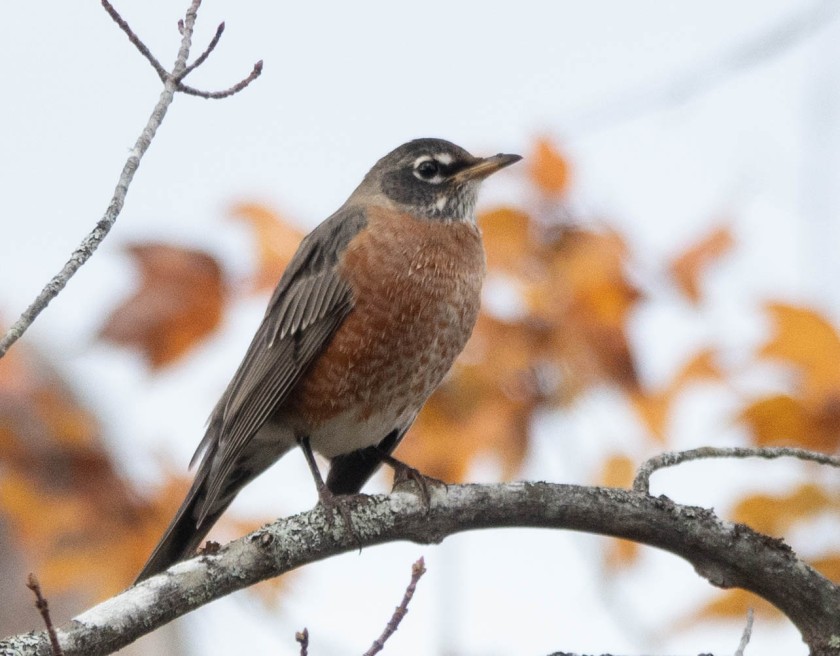 When I reached the edge of one of the small shallow ponds, I found these three juvenile Pectoral Sandpipers, Calidris melanotos. 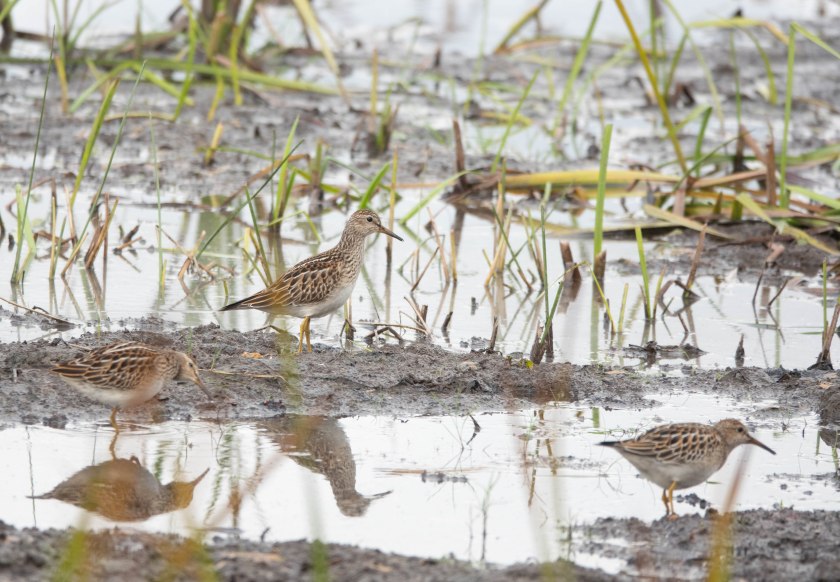 I misidentified them on eBird, and was helpfully corrected by a monitor from Cornell, to whom I am very grateful! 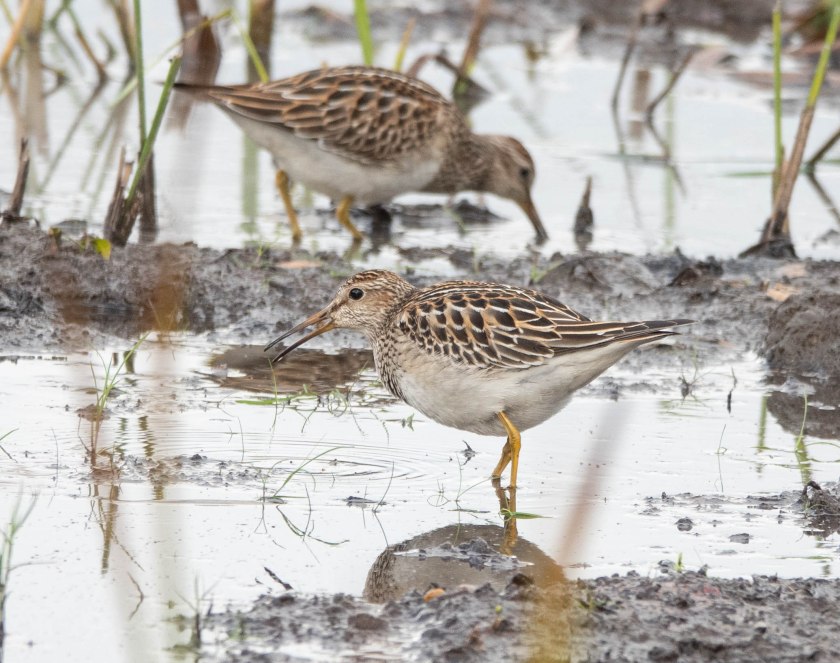 And on my way out, a flock of smaller birds, White-throated sparrows, Zonotrichia albicollis.

No cranes yet, but a cornucopia of other beauties.

* My title is from The Fens, by George Crabbe. He was writing about the fens of eastern England, which are huge flat areas of fields divided by drainage ditches, but the line applies just as well to our local fen.

One thought on “A prospect wild and wide*”