Since 1970, English farmland birds have declined by 54%. Since 1976, butterflies have declined by 41%. Overall, 12% of farmland species are at risk of extinction. We need to value and fight for what remains. Look carefully, and you will be rewarded still.

When the hares were being elusive, I dawdled, and enjoyed anything that came my way. Most local farmers set aside strips of uncultivated ground alongside their crops, and together with traditional copses these at least provide small havens for small wondiers.

Wildflowers and their attendant pollinators:

An insect licking moisture from a leaf:

And a mystery seedpod, near the stream, fallen from somewhere: does anyone know what it is? 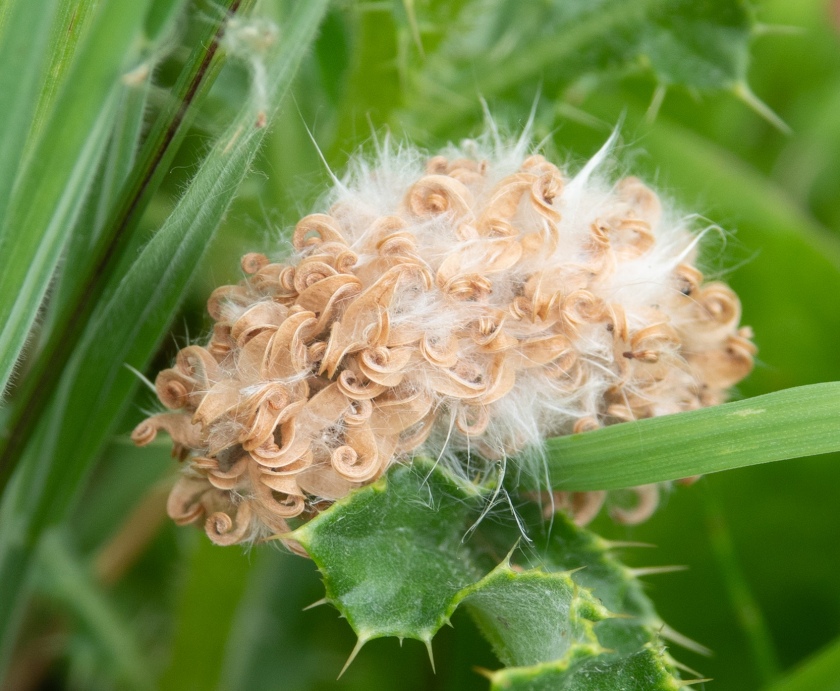 There is still much left to marvel at even in heavily farmed agricultural land in the 21st century, though this 2016 report makes for depressing reading:

*But beauty remains. Eight hundred years ago, an anonymous poet said it all (modern version below!):

And in modern English:

Summer has come in,
Loudly sing, Cuckoo!
The seed grows and the meadow blooms
And the wood springs anew,
Sing, Cuckoo!

The ewe bleats after the lamb
The cow lows after the calf.
The bullock stirs, the stag farts,
Merrily sing, Cuckoo!
Cuckoo, cuckoo, well you sing, cuckoo;
Don’t ever you stop now,

Apparently ‘uerteþ’ (or ‘verteth’) can mean either ‘cavort’ or ‘fart’!