Scrubby thickets are often unsightly, but they are wonderful hiding places for birds.  In the interests of honesty I decided to only use photos of the birds in situ in the thicket behind my flower garden. Here are six denizens of my untamed underbrush, some more visible than others.

When the female Ruby-throated Hummingbird, Archilochus colubris,  is not hovering next to a flower, it retreats to the cover of bushes:

The Eastern Phoebe (Sayornis phoebe) is a flycatcher, in the family Tyrannidae. She nests every year above our back door, but once the young are raised she hangs out in the lower branches of trees, and in the thicket. 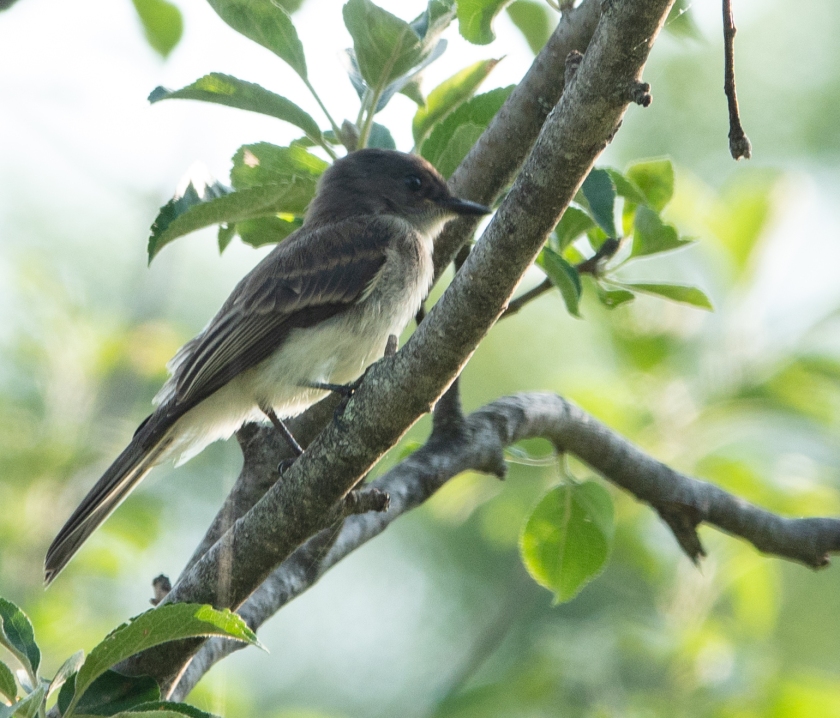 The Common Yellowthroat, Geothlypis tracheas,  is in the warbler family. It nests on the ground, but this male was singing noisily in the scrub:

A female Purple Finch, Carpodacus purpureus,  is feeding on the berries: 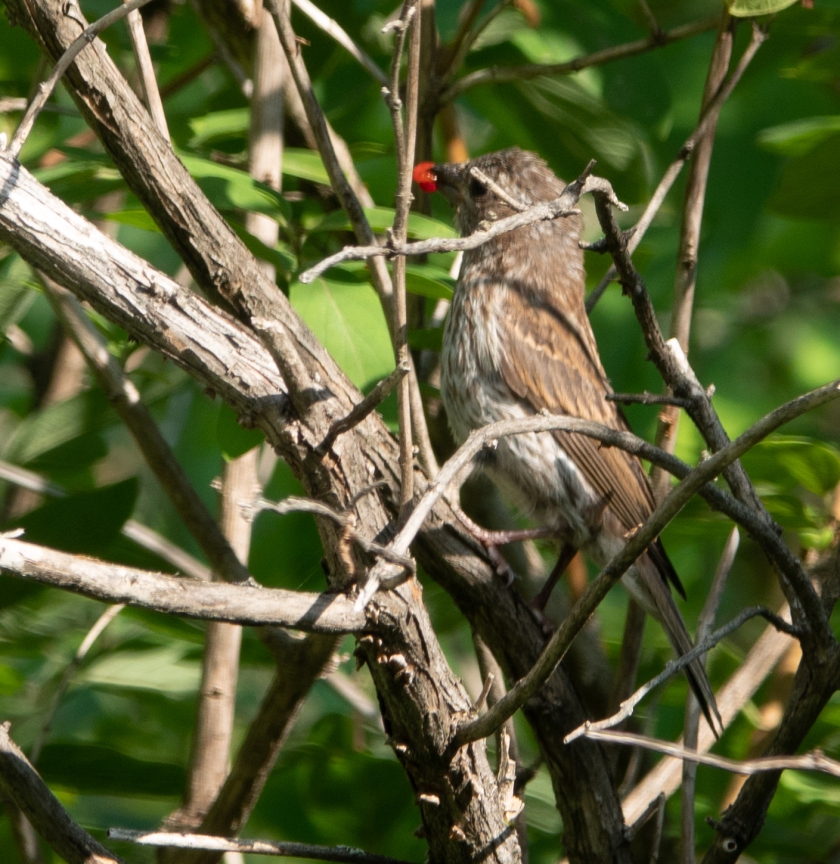 The Northern Flicker, Colaptes auratus,  is unusual for a woodpecker in often feeding on the ground. But it too finds the thickets useful cover: the yellow undertail is all you can see! 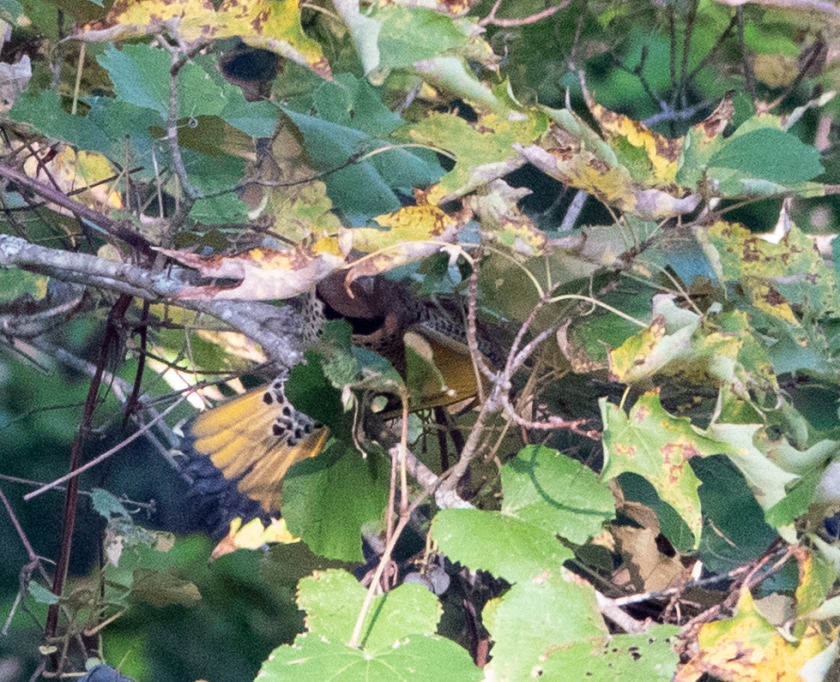 The main reason all these birds rely on dense brush for concealment is this: 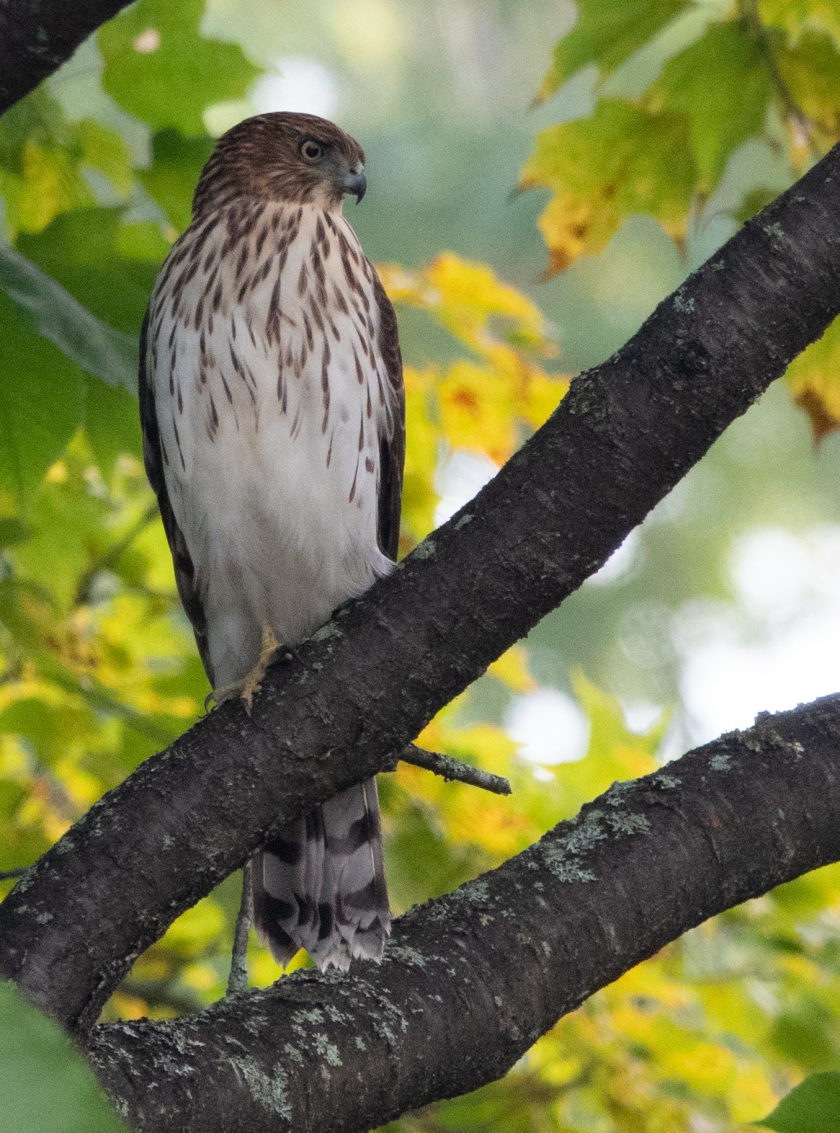 The immature Broadwinged hawk, Buteo platypterus,  is perched on a small tree a few yards away, watching closely.

My thicket is a messy mix of lilac, chokecherry, wild grape vines, gnarled crabapples, and brambles, and I have been tempted to landscape it out of existence, but then where would the birds go for refuge? Songbirds like forest edges and thickets for a variety of reasons, cover being only one of them. Some species nest there, some feed on the berries,  some use them as launch pads for insect hunts or nectar flights. One way or another, they are very important habitat, and deserve our guardianship.

PPS Today I cleared a few low-hanging branches from the thicket where they were smothering my phlox, and the Gods took their revenge: I got stung by a hornet right next to my eye.