I bent to look at a little bright yellow fungus, and lo and behold, a red eft: 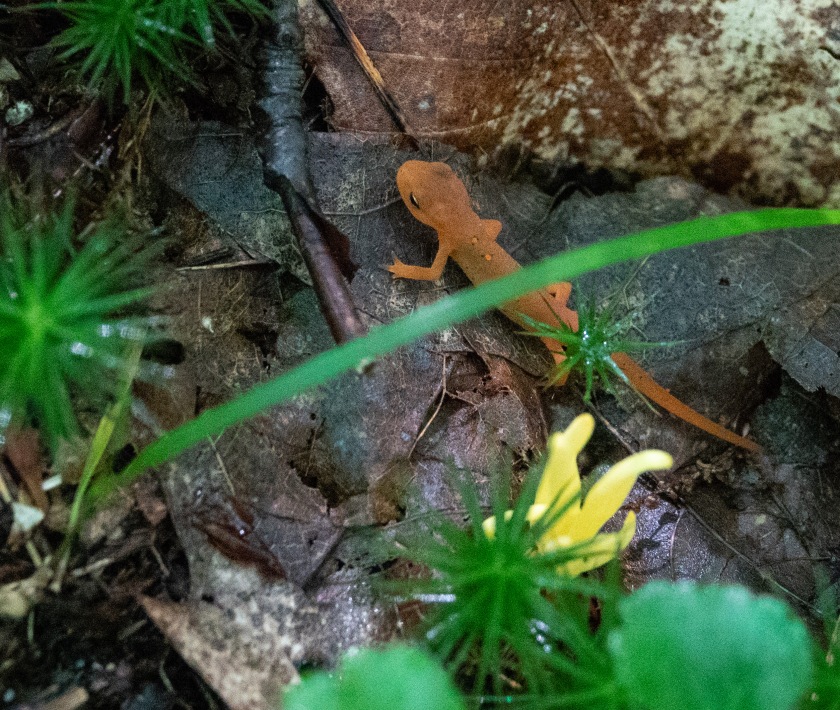 I have never seen one before, and I thought it was a salamander. Close, but no cigar. It is indeed in the salamander family, but newts are a semi-aquatic sub-group whose juveniles are terrestrial. The red eft is the juvenile form of the Eastern Newt, Notophthalmus viridescens. The larva is aquatic, and so is the adult, but the juvenile lives on land for two or three years before eventually returning to water.

Here it is in close-up. It is about 2 inches long. 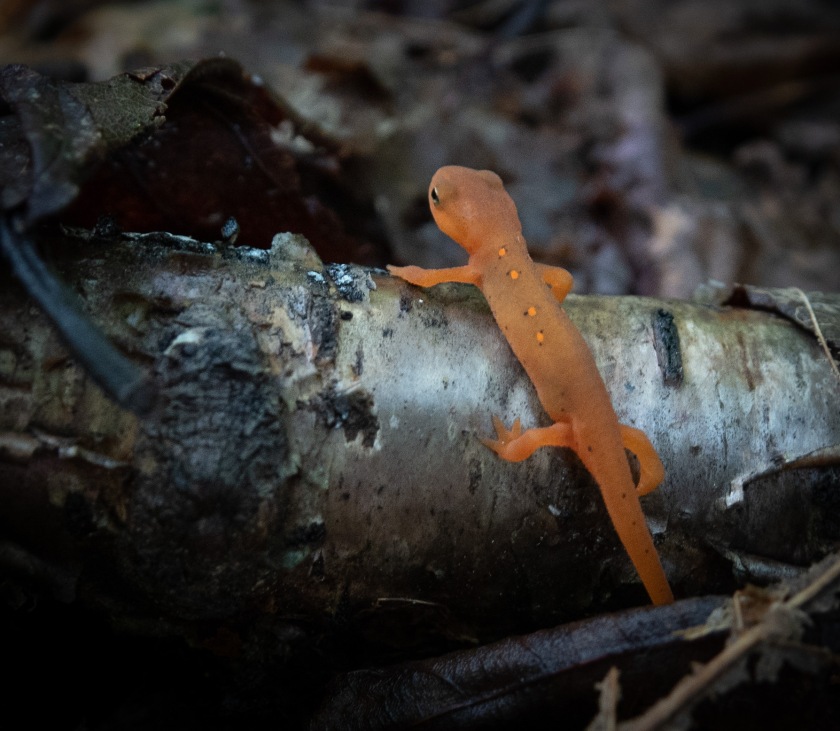 The neon orange color warns predators that this is an unwise choice of meal, since the animal’s skin produces a poison called tetrodotoxin. What is more, the tetrodotoxin in these orange efts is seven times more concentrated than that of the green adults (Spicer et al 2018) .

Some Eastern Newt larvae have been found in the pitchers of the carnivorous plant, Sarracenia purpurea. 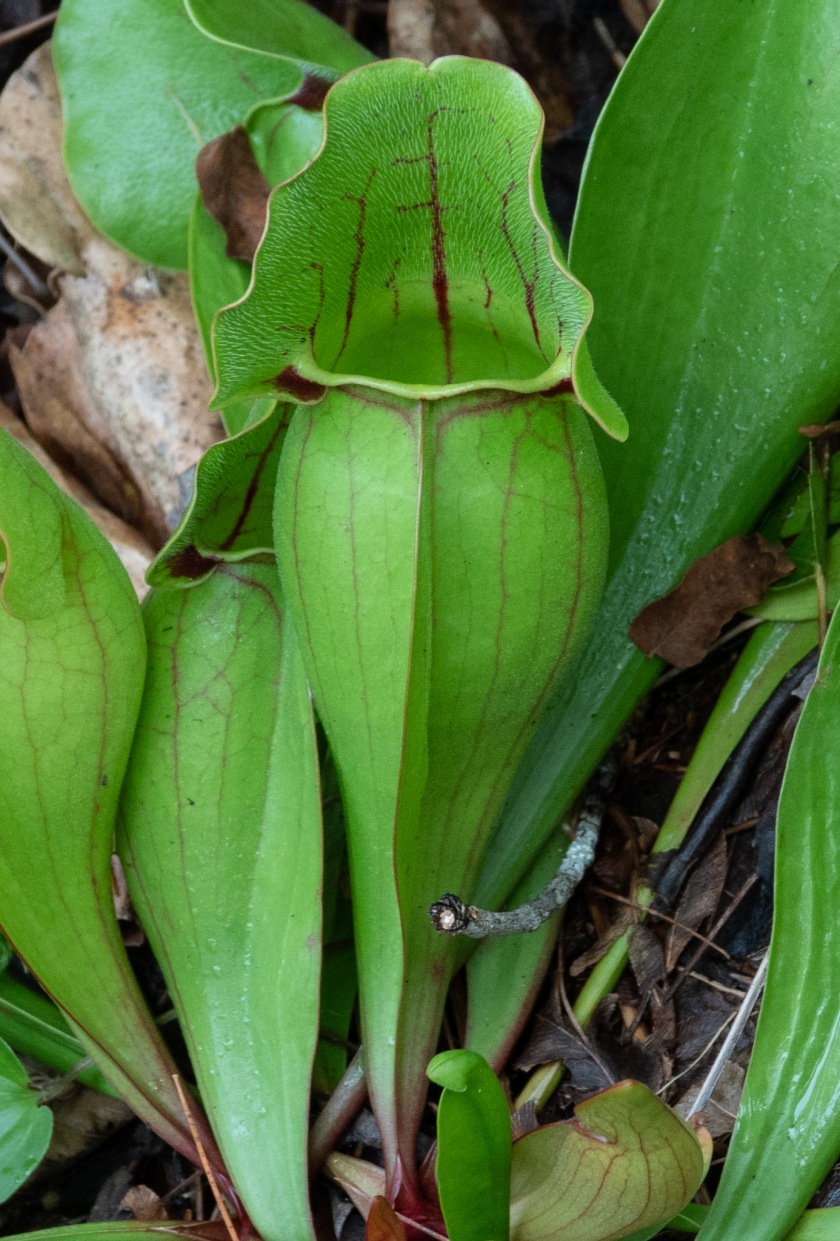 This cannot possibly be a good choice of home, because even in the unlikely event that the larva survives the gastric juices of the plant and the eft then hatches, when it tries to escape the downward-facing hairs on the inside wall will make the climb out pretty challenging. 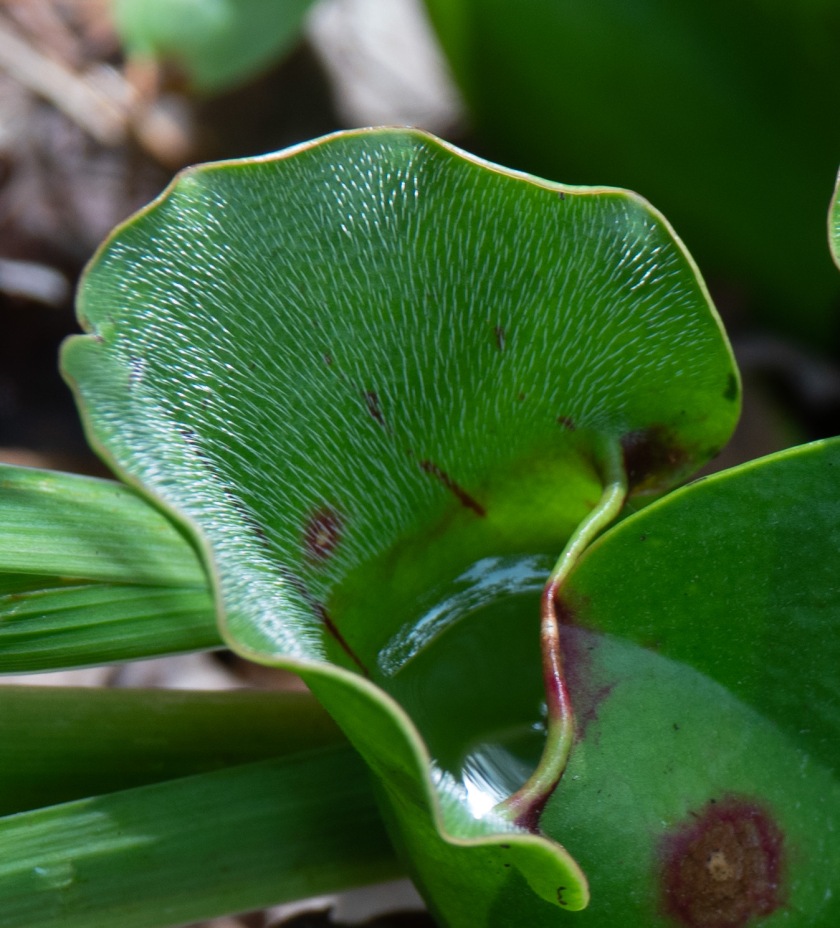 I fear the hefty eft effed as it left .. (sorry, I couldn’t resist. Best said out loud in a Cockney accent with no ‘h’) .

* That name ‘eft’ is from Old English efte. ‘an eft’ became ‘a neft‘ and then ‘a newt’. The juveniles kept the old name.

3 thoughts on “The Red Eft: not just a great Scrabble word*”