Underpinning the pyramid of life in the Ecuadorian forests is a huge insect population.

Among my personal favorites are the stick insects, extremely well-camouflaged if they stay still amongst the leaf litter, but easy to see if they emerge into the sunlight: 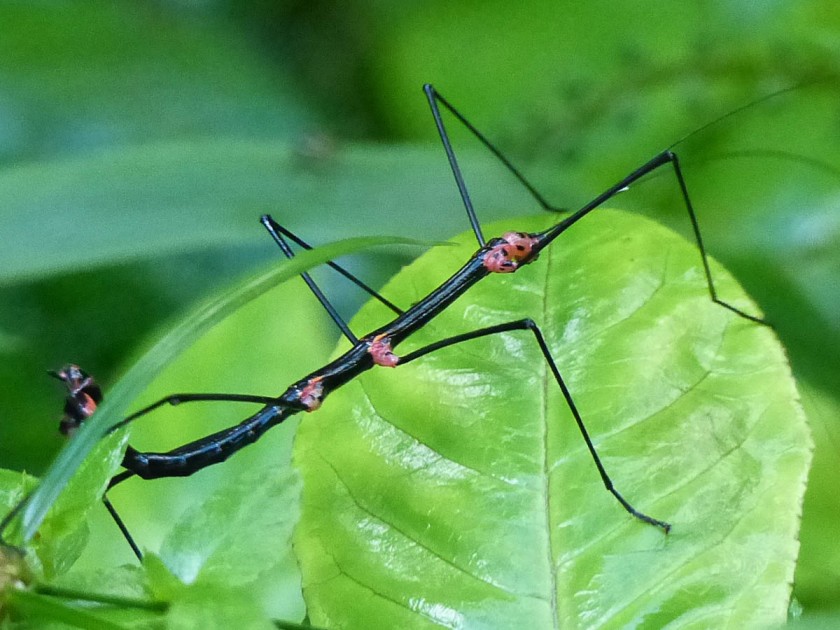 On the whole, though, the best insect sightings are at night, like this leaf insect, whose extravagant costume mimics every blemish and hole in a typical leaf:

Or these two, whose paths crossed in the dead of night, so one simply climbed over the other and continued on its way. The one underneath moved its feet a few millimeters, but did not seem at all discombobulated. (These photos were taken 30 seconds apart).

Or more intimate encounters, as evidenced by these two couples, quietly canoodling until rudely disturbed by us: 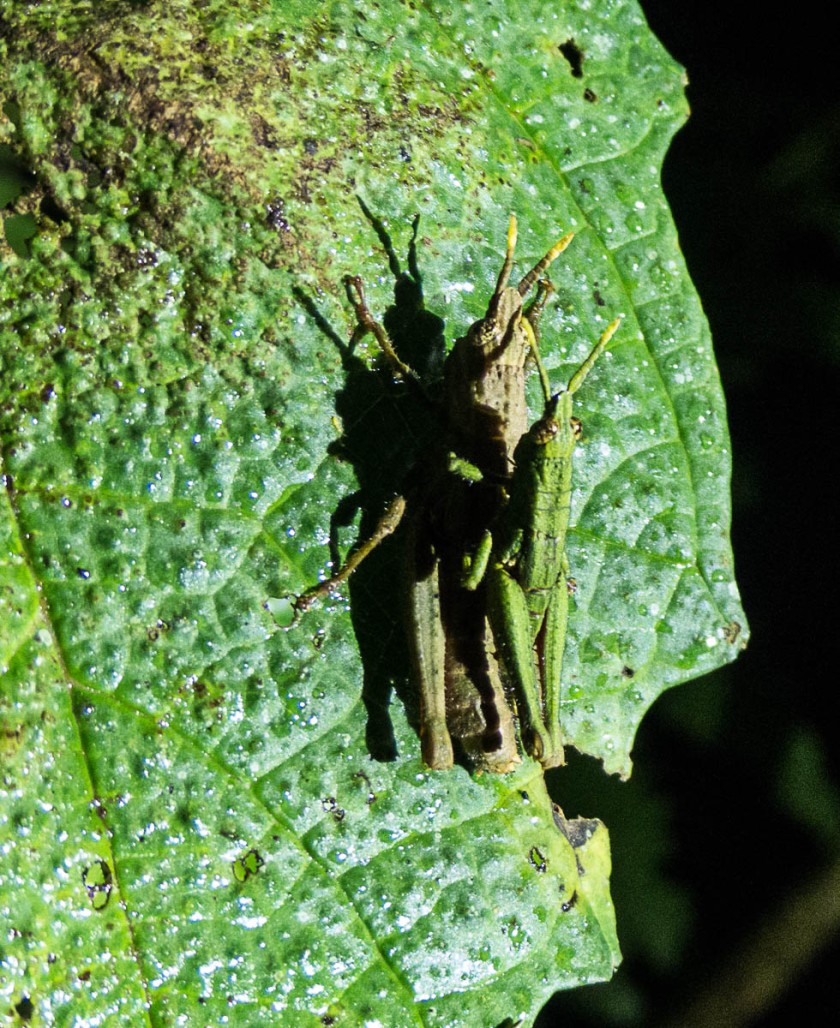 All alone outside our dining room was the biggest and most handsome chap of all, a good six inches long: 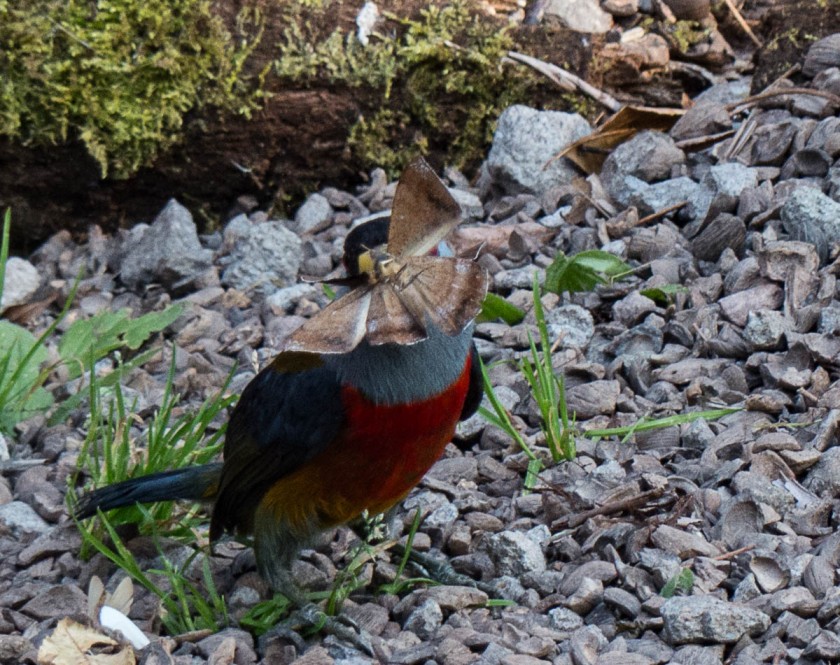 The food chain goes on, and builds the pyramid of life.