Ecuador hosts other remarkable birds in addition to hummingbirds. I’m saving toucans till later, but here are two you might enjoy.

The Hoatzin is a prehistoric-looking creature, seen all over the place near Napo Wildlife Lodge in the Amazon basin. Known locally as the Stinky Turkey, it eats only leaves, and so its digestive system is rather like that of the cow. The enzymes in its crop that help with this task mean it emits a nasty smell if cooked (hence its name) so it thrives unmolested by hungry humans. Their nests overhang slow-moving water, and then if a nestling is threatened it falls in, swims to the water’s edge, and climbs back up to the nest with special hooks on its wings. 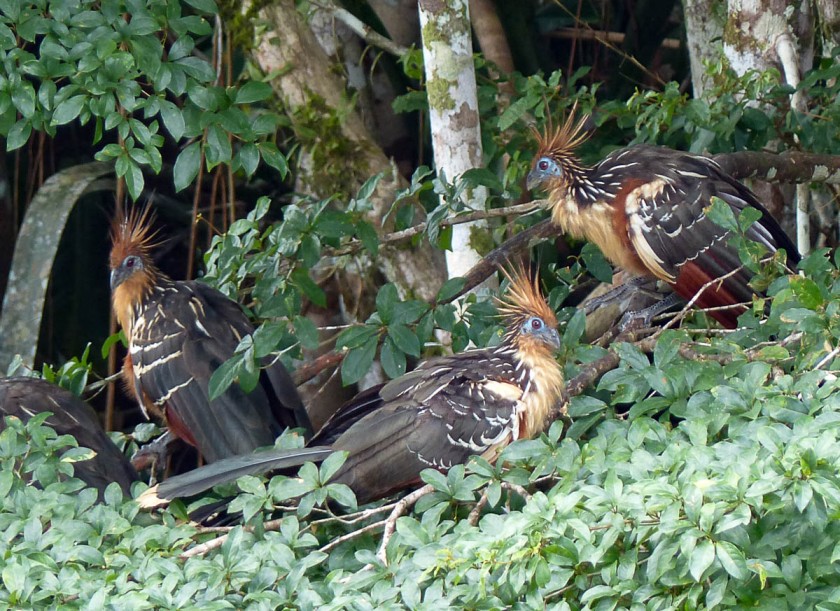 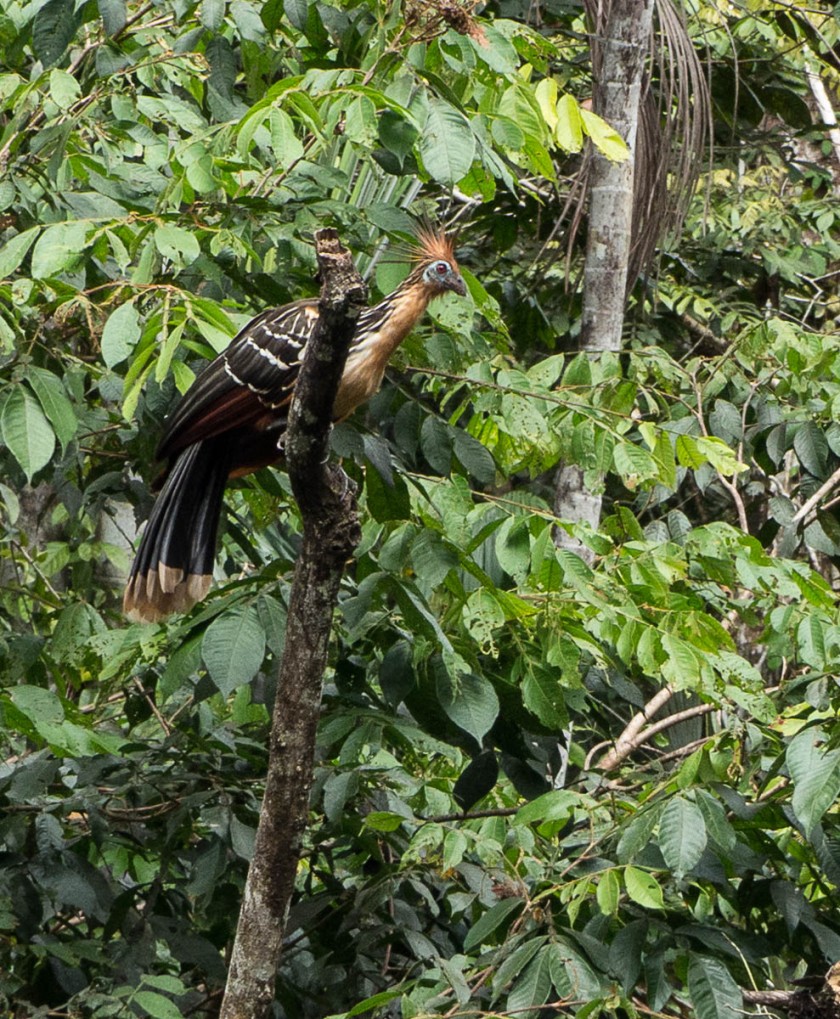 The Andean Cock-of-the-rock lives at higher elevations, between 1000 and 2000 meters in the slopes of the Andes. The male’s head and neck are resplendently scarlet on the Western slopes, and tangerine on the Eastern slopes, both with a black and silver body and wings. The feathers of its crest and face completely envelop its beak, so from the neck up it looks like a fuzzy sock with stick-on eyes. 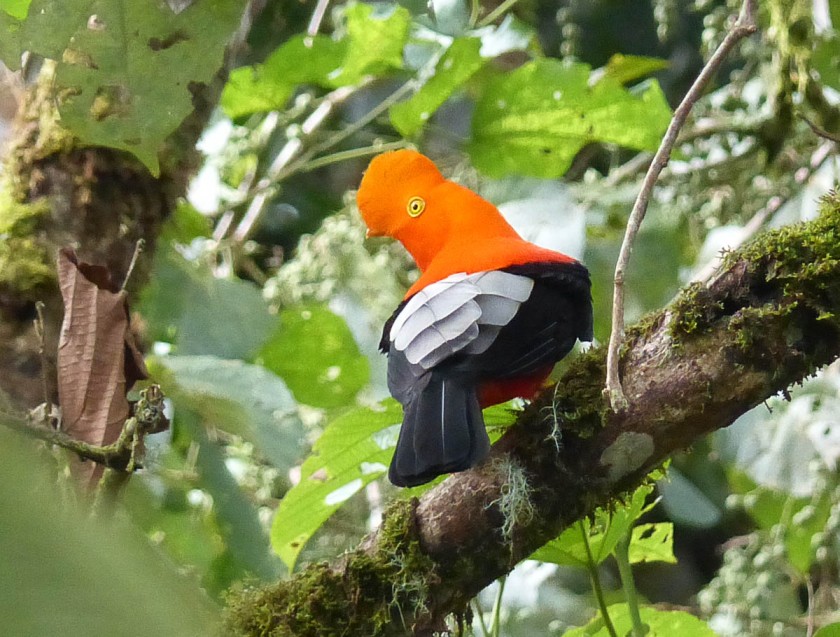 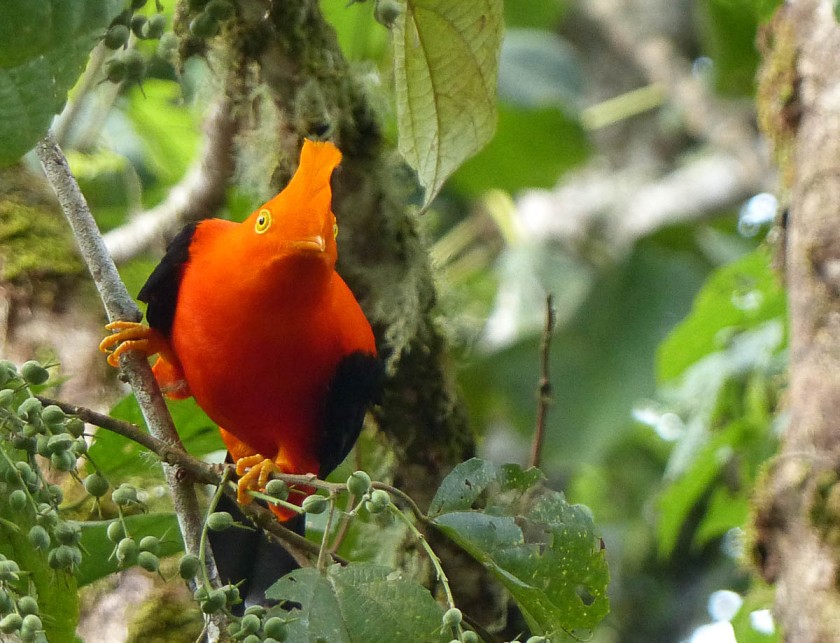 The male does a spectacular display in the lek, but sadly I didn’t see this. They are otherwise shy and hard to see, but I got a good look at this one on the Eastern slopes at Wild Sumaco lodge.