Not being a birder, I had never heard of widowbirds. One day, as we drove through long grass in the Maasai Mara, all around were smallish black birds with long streaming tail feathers, popping up out of the grass then flying low across the plains: 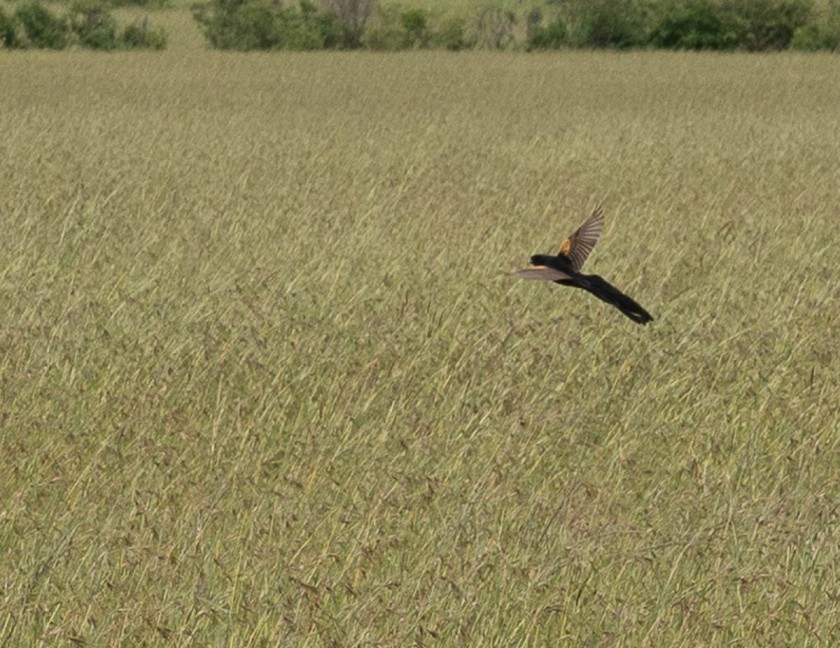 It turns out these are Jackson’s Widowbirds, and they do a completely insane mating display.  The long tail feathers are grown only by males, and only for the mating season, as is the blue-grey bill. They create a small running track of their own: 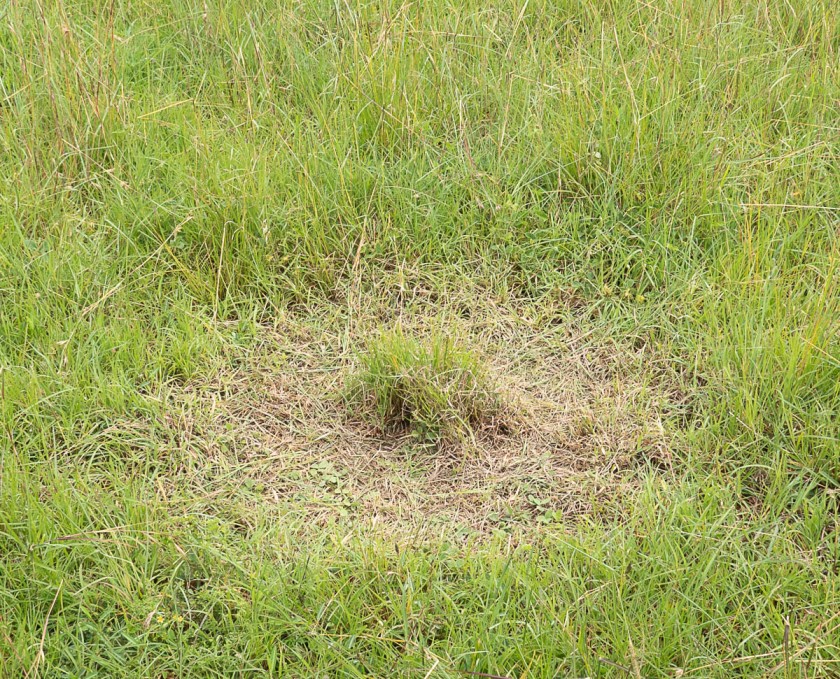 Then they run round in a circle, and bounce up into the air, briefly appearing above the grass for all the world as if they had a trampoline underneath. They can jump up to one meter high, and apparently the females pick a male based on how long his tail is and how frequently he jumps. 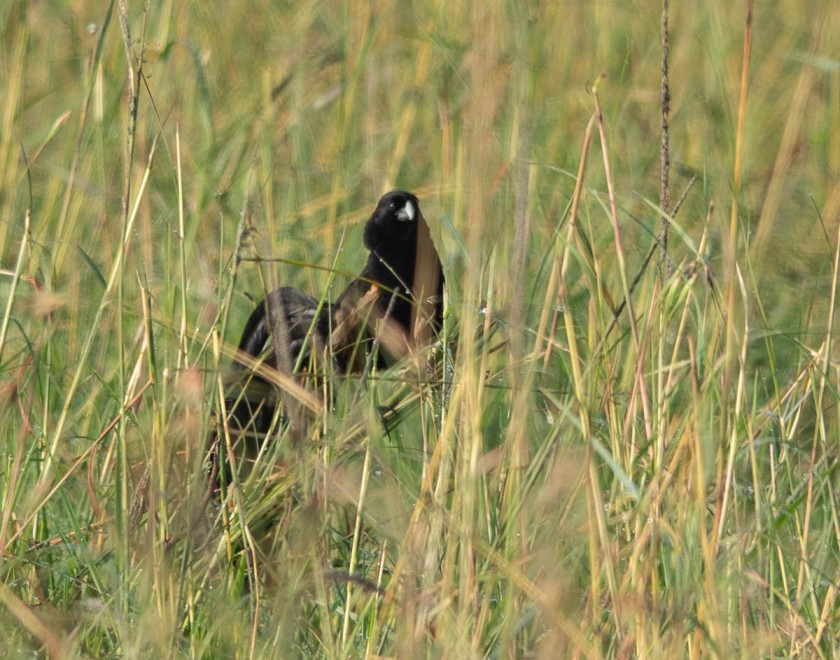 He keeps this up until a female arrives, they mate, and then he starts again, such is the urge to spread his genes as far and wide as possible. 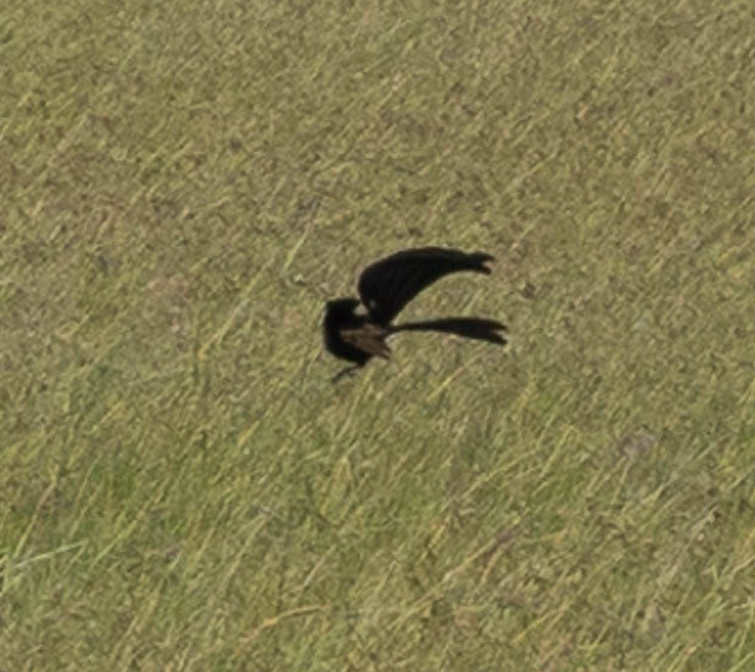 The drab brown female, meanwhile, goes off and makes a nest close to the ground in a tiny bush or big tuft of grass. My guide found this invisible nest, containing a single egg: 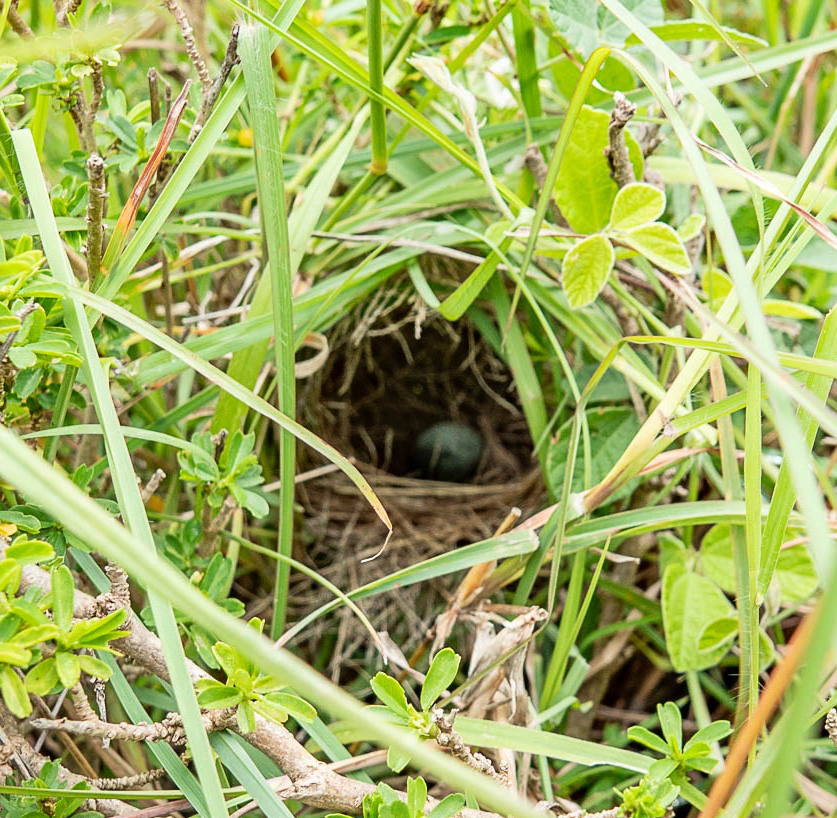 There are other widowbirds, but none of them seems to compare with Jackson’s when it comes to dancing prowess. This is a Red-collared Widowbird, also a male with a long breeding tail, up to 22cm in length. Again, females strongly prefer the males with the longest tails. 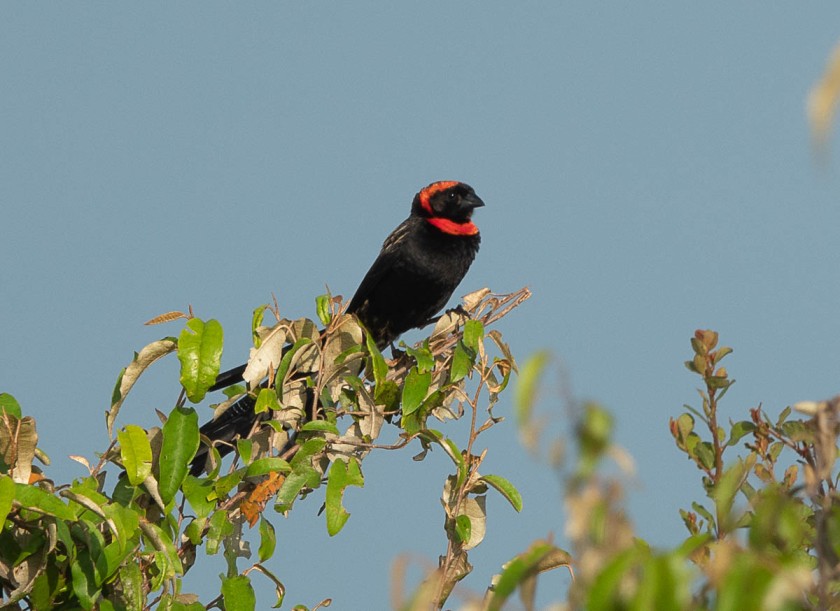 Planet Earth II managed to film the Jackson’s Widowbird dance, so you may be able to find it online.

One thought on “The bouncing Widowbirds”