The Kakamega Forest in northwest Kenya is the last patch of virgin rainforest in the country. It is not far from Eldoret, where the marathoners train at 9000 feet up, and it is of course wet, and sometimes very cold, so the local monkeys have luxuriant thick coats that my camera struggles to focus on.

Luckily they are fairly used to humans, and one troupe even comes into the grounds of my lodge, Rondo Retreat. These photos are of Stuhlmann’s Blue Monkey, Cercopithecus mitis stuhlmanii.

They live high in the canopy, and 50% of their diet is fruit:

They live in social groups of one male, and lots of females and young:

They have incredibly long tails, but since they are old world monkeys these are not prehensile: 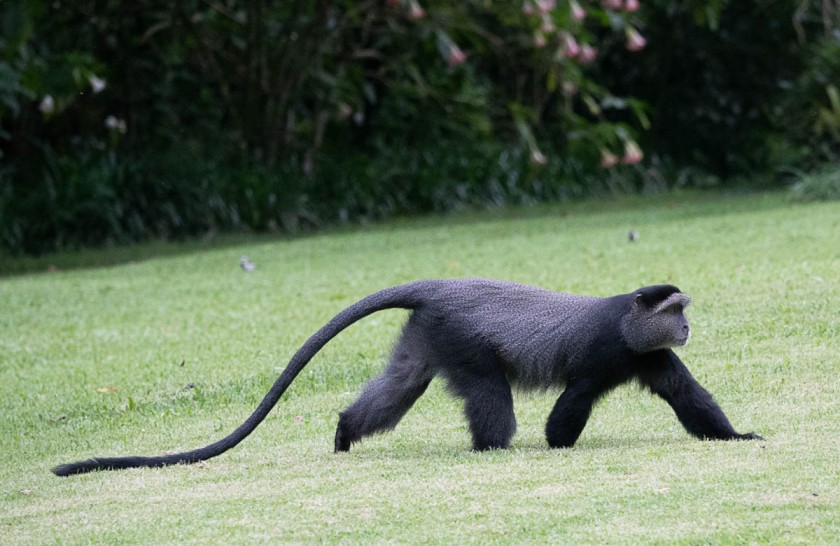 The young are carried under the mother’s’ bellies:

Like other species of Cercopithecus, they have a system of specialized alarm calls, and at one point while I was watching an African Crowned Eagle flew overhead. 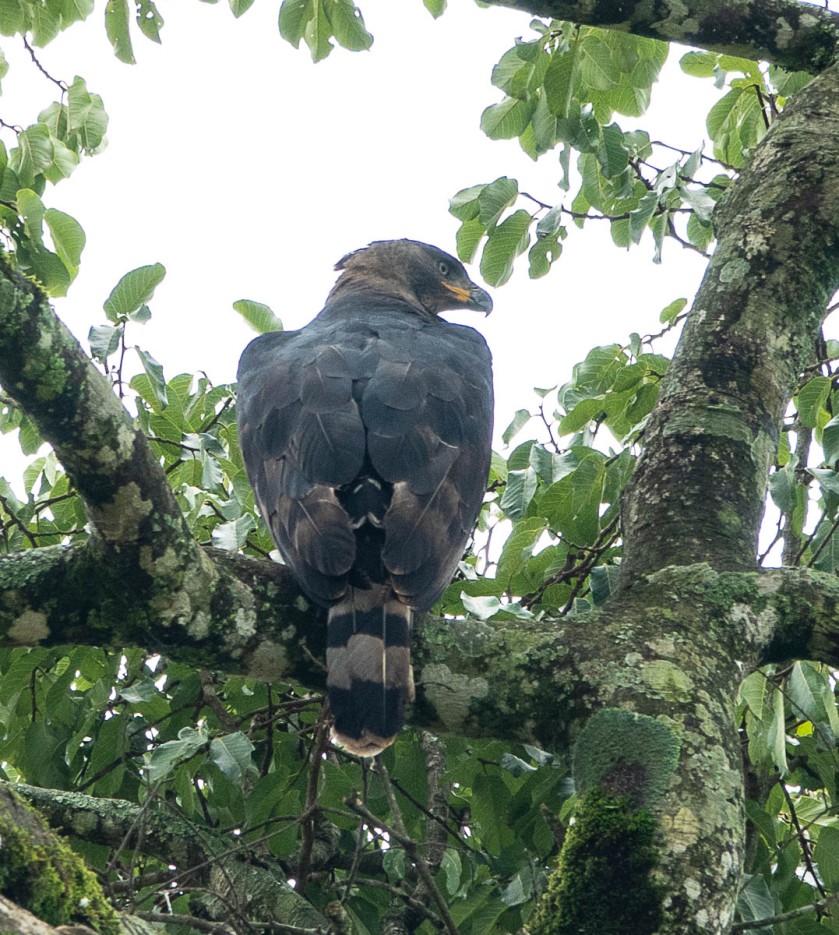 The lookout gave the “eagle” alarm call, and every monkey came scurrying down at high speed from the canopy to the lowest branches, yelping in fear, where they kept their young very close for safety:

The baby looks remarkably like the 1990’s fad toy, the Furby, described as a cross between a hamster and an owl. Google images of Furbys and see if you agree.

A footnote: The terrible floods after a dam burst in Kenya this week are near Solai, very close to my grandfather’s farm (though downstream). When we were there two weeks ago, we had 4 inches of rain in about two hours, so the ground is completely sodden.