We were in the Serengeti towards the end of the Great Migration (of which more later), and we drove east towards the Sand River,  and the Kenyan border. This charming map was made by Ainslie at Serian Kagatende Camp, where we stayed, and it shows the Sand River on the right.

We reached the river, a serene rivulet, and enjoyed the unpopulated view: But it was not as empty as it seemed. Can you spot the animal on the far bank, just emerging from the trees? People don’t believe that zebra are well camouflaged, but they are, just look at this next picture if you don’t believe me: 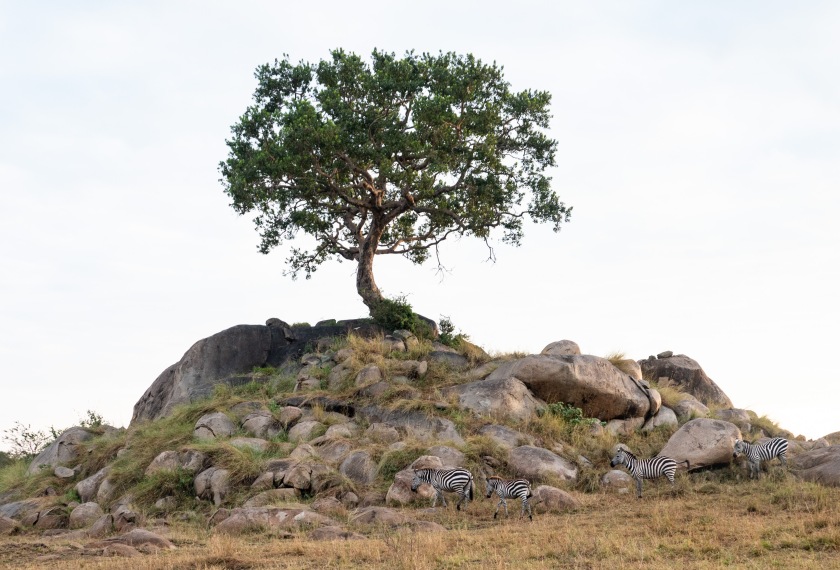 Returning to the Sand River, five minutes later the whole scene was transformed by a huge herd of mixed zebra and wildebeest, crossing from right to left into Tanzania:

Some paused to drink:

As they crossed, they called to each other. The yelping barking sounds on this video are zebra contact calls, not at all the sounds I would have expected them to make:

The species name Equus quagga is derived from the Khoikhoi word for “zebra” and is based on the sound of its call.

I don’t know how to estimate their numbers, but the entire herd took 20 minutes to cross. The bad news is that they still have to cross the notorious Mara River if they want to go further north. But that is the subject of another post.

* PS My husband deserves credit for the title of this post!