[This Thanksgiving, count your blessings: at least you are not a wildebeest.]

When the herd gets close to the bank, their momentum stalls. They mill around, grazing and pondering, waiting for an alpha female, or the wisdom of crowds, to take matters in hand and lead the way. This can take hours or even days, and sometimes they think better of it and retrace their steps for a day or so.

Eventually, the bravest sets off down the steep bank: 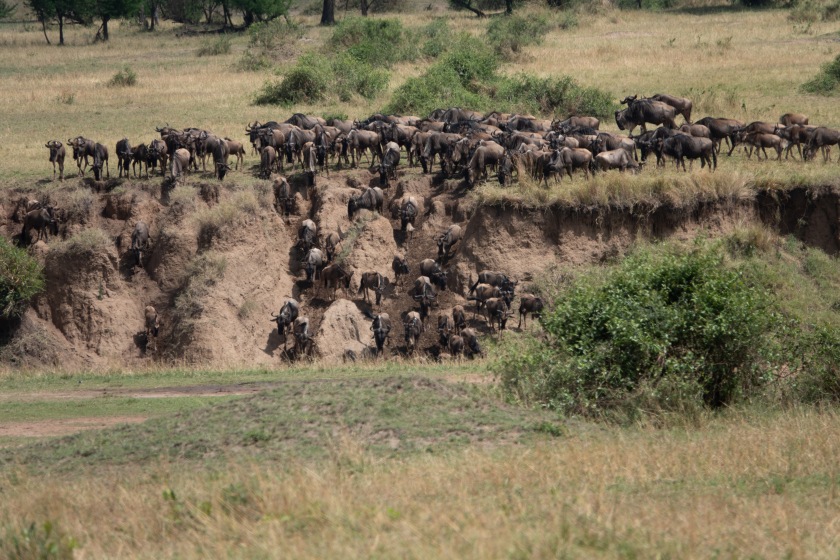 and begins to cross:

Speed is of the essence, so they launch themselves into the water with panache:

Until there is a milling, splashing traffic jam heading to the farther shore: 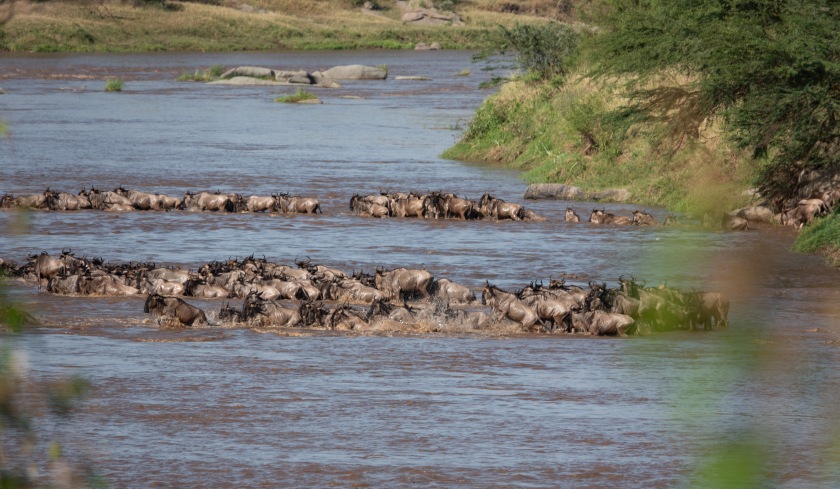 But the sense of urgency has a cause:

Some find this out the hard way. These three sequential photos show a female being slowly dragged down , while her calf watched from the safety of the destination bank: 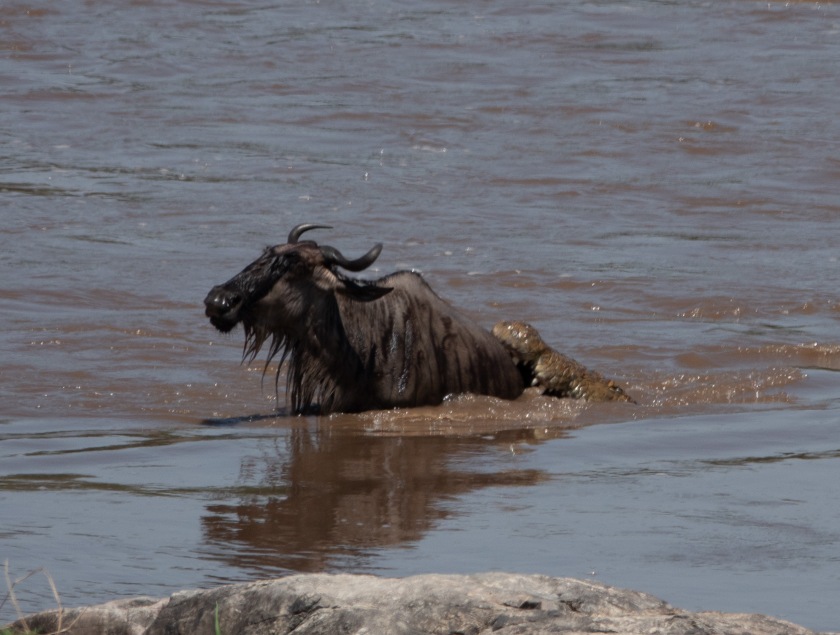 Difficult to watch though this is, orphaned calves are usually adopted by the herd, so the calf will probably survive.

The heart-wrenching drama of a wildebeest mother lost to a crocodile is the tip of the iceberg: for every one of these, about fifty simply drown. At the peak of the migration the herds can be so large that they cannot get up the far bank before the next wave pushes in behind them, and mass drownings of 100 or more wildebeest happen several times a year. Click on this interesting article, which explains that even this tragedy has a silver lining: the carcasses both feed scavengers and enrich the waters:

P.S. In September and October, there is good grazing on both sides of the Mara River, and the wildebeest may criss-cross in both directions multiple times. Hard to believe it is worth it.

3 thoughts on “The Great Migration 2”